CLICK HERE TO WATCH THE FULL VIDEO
Home World News Scotland votes NO: This is Alex Salmond's dignified speech on the result, in full 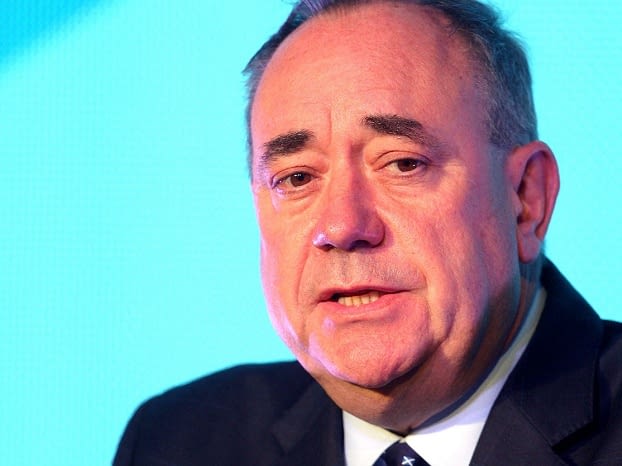 Scotland votes NO: This is Alex Salmond's dignified speech on the result, in full

Some 86% of the Scottish electorate cast their votes yesterday to decide that Scotland will not become an independent country.

As the results came in this morning and revealed the result, he made a considered and dignified address conceding defeat but offering hope for greater devolution of powers to Scotland.

Here is his speech in full:

Thank you Scotland for 1.6 million votes for Scottish independence. Our friends in the Highlands of Scotland are still to speak, so the final results aren’t in but we know that there is going to be a majority for the No campaign.

But I think all of us in this campaign say that that 45%, that 1.6 million votes, is a substantial vote for Scottish independence and the future of this country. Let us say something which I hope that unites all campaigns and all Scots. I think the process by which we have made our decision as a nation reflects enormous credit upon Scotland. A turnout of 86% is one of the highest in the democratic world for any election or any referendum in history. This has been a triumph for the democratic process and for participation in politics.

For example, the initiative by which 16 and 17-year-olds were able to vote has proved to be a resounding success. I suspect that no one will ever again dispute their right and ability to participate fully and responsibly in democratic elections.

So we now face the consequences of Scotland’s democratic decision. Firstly, Clause 30 of the Edinburgh Agreement is now in operation. On behalf of the Scottish Government I accept the results and I pledge to work constructively in the interest of Scotland and the rest of the United Kingdom.

Secondly, the unionist parties made vows late in the campaign to devolve more powers to Scotland. Scotland will expect these to be honoured in rapid course. Just as a reminder, we have been promised a second reading of a Scotland Bill by the 27th of March next year and not just the 1.6 million Scots who voted for independence will demand that that timetable is followed but all Scots who participated in this referendum will demand that that timetable is followed.

I’ll be speaking to the Prime Minister shortly after this statement but can I return thirdly to the empowerment of so many Scots entering the political process for the very first time. It is something that is so valuable it has to be cherished, preserved and built upon.

I’ve said before many times in this campaign that the most moving things I saw was the queue of people in Dundee two or three weeks ago patiently waiting to register to vote. Most of them for the first time ever deciding to participate in the democratic process. Today in Inverurie I met a 61-year-old lady just coming out of the polling station who had never voted before in her life. I met a soldier, a former soldier, who hadn’t voted since he left the army some 24 years ago. And these people were inspired to enter democratic politics by the thought that they could make a difference in building something better for the country.

These are people who all of us as we campaigned have met and been inspired by. And all of us are a part of all of that experience that we have encountered. Whatever else we can say about this referendum campaign, we have touched sections of the community who’ve never before been touched by politics. These sections of the community have touched us and touched the political process. I don’t think that will ever be allowed to go back to business as usual in politics again.

So friends, sometimes it’s best to reflect where we are on a journey. Forty-five per cent, 1.6 million of our fellow citizens voting for independence, I don’t think that any of us whenever we entered politics would have thought such a thing to be either credible or possible.

MORE ON THE SCOTTISH REFERENDUM RESULT:

What did David Cameron say about Scottish referendum results?

[…] There you will find 92778 additional Info on that Topic: londonlovesbusiness.com/scotland-votes-no-this-is-alex-salmonds-dignified-speech-on-the-result-in-full/ […]