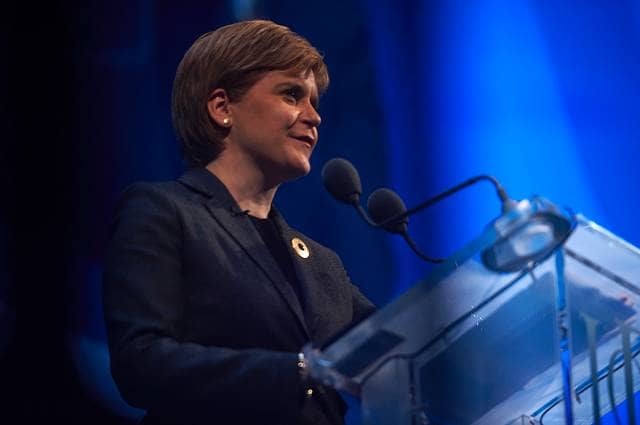 What did Nicola Sturgeon say?

Scotland’s first minister, Nicola Sturgeon has said it would be “common sense” to hold a second independence referendum in the Autumn of 2018.

She also spoke of how there had been no final decision made on whether such a vote would be held.

In a BBC interview, she explained that she would take things forward at “the pace that I think is right for the country”.

As well as this Sturgeon has said in the past that another referendum is “highly likely” following the Brexit vote last year.

In the Referendum, Scotland voted for the UK to stay in the European Union with a figure of 62 per cent wanting to remain, 38 per cent voted to leave.

SNP economic spokesman Stewart Hosie told BBC Breakfast: “The key thing is will the UK government really embark on this hard Tory, cliff-edge Brexit – and we fear they will.”

“And secondly, will they actually accept, into the UK negotiated position, the very sensible suggestion put forward by Nicola Sturgeon… if they reject it out of hand then, as the First Minister has said previously, it does make a second independence referendum more likely.”