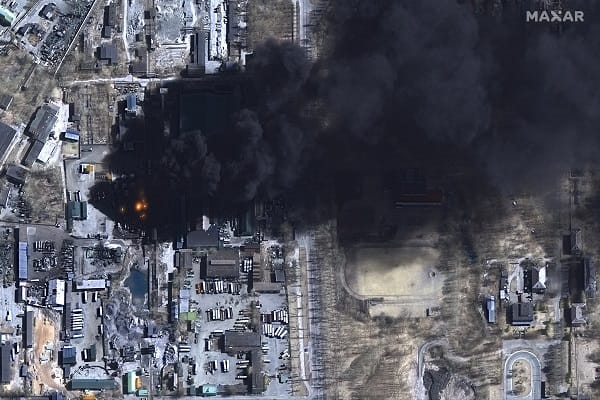 Russian forces have for the first time since the war started dropped a “super-powerful bomb” which weighed “three tonnes” on to the Azovstal steel plant where there are at least 1,000 civilians sheltering along with Ukraine forces and foreign fighters.

An MP who is the member of the parliamentary Committee on National Security, Defense and Intelligence Fedir Venislavsky (Servant of the People faction) said, the bomb was used to “maximally destroy” the plant.

Venislavsky said, “According to the information of the Intelligence Agency, yesterday for the first time such a super-powerful bomb was actually used in order to maximally destroy the premises and communications of Azovstal.”

“Russian fascists dropped a powerful bomb on a hospital in Azovstal area.

“According to my information, there are about 300 people under the rubble there, including children.

“In the surviving part of the hospital, the defenders were wounded and Mariupol residents with children were hiding,” Taruta said on Facebook on Tuesday.

The steel plant is around 4 square miles and has the last major pocket of fighters defending Mariupol which is strategic for Russia because it is a port city on the Sea of Azov.

The steel plant has vast shelters underground and it is believed there are at least 1,000 civilians hiding in the underground tunnels.

Russia gave Ukrainian troops a two hour window to “surrender or die” and to “law down their arms” in the besieged city of Mariupol this morning.

This comes as a “significant part of the entire Russian army” have now started a new “offensive” as the battle for the Donbas has begun as troops are “attacking a 300-mile front.”