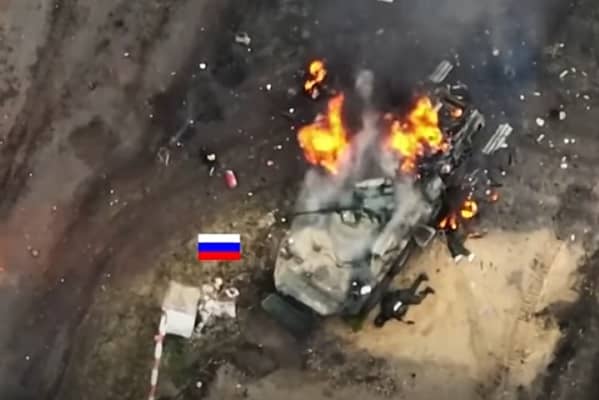 A “significant part of the entire Russian army” have now started a new “offensive” as the battle for the Donbas has begun as troops are “attacking a 300-mile front.”

The President Volodymyr Zelensky has announced that battle for the Donbas has now started as Russia’s offensive is aimed to capture all of eastern Ukraine to annex the region.

There are reports of heavy shelling, bunker buster missiles being used with fierce trench warfare fighting which marks phase two of the war and Russia claims they have started a full scale offensive in the region.

President Zelensky said in a televised address, “Now we can already state that the Russian troops have begun the battle for the Donbas, for which they have been preparing for a long time.”

He said a “significant part of the entire Russian army is now concentrated on this offensive.”

He added, “No matter how many Russian troops are driven there, we will fight. We will defend ourselves.

The Ukrainian president’s chief of staff, Andriy Yermak, wrote on the Telegram, “The second phase of the war has begun. Believe in our army, it is very strong.”

“Fortunately, our military is holding out. They passed through only two cities — this is Kreminna and another small town.”

He added: “We are not giving up any of our territories.”