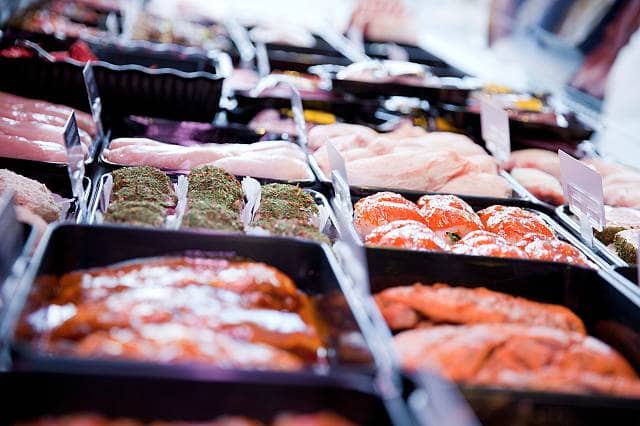 A report airing on ITV News this evening will broadcast new details on events leading to the closure of one of Britain biggest meat companies. Russell Hume supplied some of the UK’s best known pub, hotel and restaurant chains including Wetherspoons, Jamie’s Italian and Hilton. None of them had any idea of the problems.  All have now switched supplier.

Now an insider has told ITV News of his concerns that hygiene rules were being broken.

Geoff Haines worked at Russell Hume’s Birmingham site for around five years. He described the events of January 12th, when food officials inspected the site, catching management by surprise.

GH: “They were running round praying they did not go in the fridges, but that’s exactly what she did,” Haines said.

“The first pallet she looked at was out of date. It’s scary to know people are eating this not knowing and paying good money for it.”

Officials are now investigating whether reports of meat out of date are accurate. It’s proving complex, because firms use a baffling array of processing, freezing and storage dates. Many in this industry want clarification of the rules. Mr Haines said he had little faith in its hygiene procedures.

GH: “I have had to open the meat and take the original date out and then send it to the packer,” he said. “They pack it and relabel it. There was a lot of out of date meat – a hell of a lot”

ITV News has spoken to more than a dozen former Russell Hume workers from a number of its six sites.

“Sometimes I would sell meat past its sell by date..repack and label meat so it looked like it was in date,” one said.

Another added: “I had to speak to management about out of date meat. They would smell the meat and tell me to proceed with re-labelling it”.