Home Breaking Pizza Express could be at risk of collapse 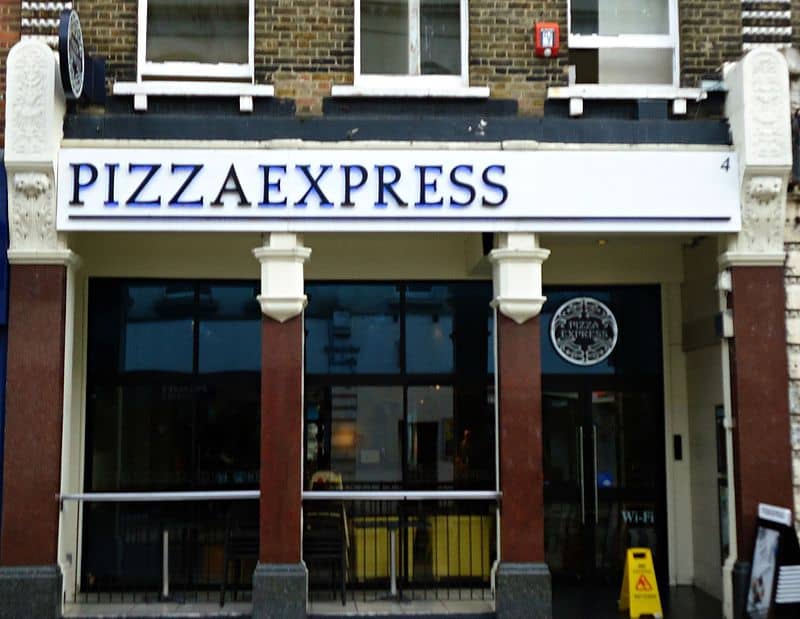 Pizza Express could be at risk of collapse

Pizza Express could be the next big high street eatery that disappears as they have hired advisors ahead of talks with their creditors.

The restaurant chain is set to start talks with creditors as the company has accumulating £1.6m of debt per restaurant. However, by the end of December 2018 borrowing and loans in the chain totalled £1.13bn.

The casual dining chain has been struggling with tough market conditions and rising retail costs which has forced sites to close and see the company seek to reduce rental costs through the courts.

In 2014 Hony Capital, a Chinese private equity company, acquired the restaurant chain and has been expanding in China.

The firm’s earnings before interest, taxes, depreciation, and amortization (Ebitda) dropped by 11% in the second quarter of 2019 and their debt climbed to 7.9 times the Ebitda.

However, Langton Capital Ltd who are an FCA regulated leisure specialist and advisory company said in June that Pizza Express has a staggering 14x debt to Ebitda.

The advisory company said, Pizza Express “has 14x debt to EBITDA. Even for a company with a large number of freehold properties, this would be extremely high. For a leasehold company, it is almost intolerable.”

They added, “40% of debt is owed to the parent company. As this is based in the Caymans, we have little detail as to how it is sourced.

“In the short term, it would appear that it is the 60% of debt held by third parties that is likely to be causing a headache.”

Law firm Gordons’ partner Simon Mydlowski said, “Following news in May that Jamie’s Italian had gone into administration, it is perhaps unsurprising that another major high-street name looks to be struggling.

“Pizza Express is seen by many as a more innovative, mainstream brand, but it is struggling with its cost base which is affecting the operating and profitability of the chain.”

Pizza Express has 600 restaurants across the UK and Ireland, hundreds of thousands of jobs could be at risk to include the supply chain.

In 2018 rival brand Prezzo was forced to close 94 stores and in May Jamie Oliver’s Italian restaurant chain went into insolvency.