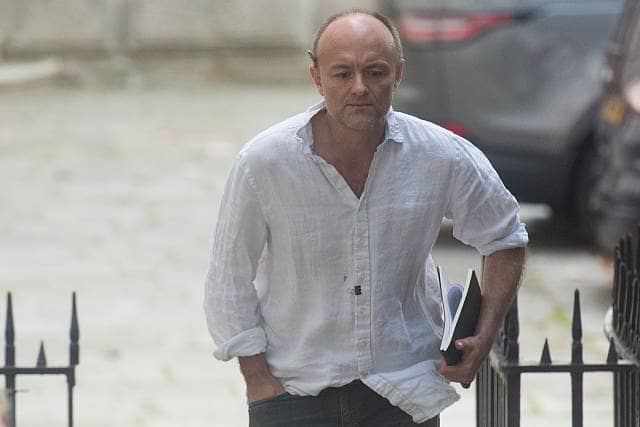 The outspoken Good Morning Britain host Piers Morgan has told the Prime Minister if he does not sack Dominic Cummings today, then he will drive to see his parents.

Boris Johnson’s most senior aide, Cummings broke the lockdown rules by visiting his parents, it was alleged after he drove from London to his parent’s home in Durham whilst they were self-isolating as they had coronavirus symptoms.

Piers gave Downing Street the ultimatum on Saturday, he declared on Twitter, “If Boris doesn’t fire Cummings today, then I will deem the Lockdown over & drive down to see my parents (from a 2m distance) for the first time in 12 weeks.

“I’m not having one rule for these clowns & another for the rest of us.”

However, Cummings told reporters he was “doing the right things” whilst Downing Street defended him, despite the lockdown, and said he acted “reasonably and legally.”

On Saturday reporters asked Cummings if his trip looked good, he replied, “Who cares about good looks? It’s a question of doing the right thing. It’s not about what you guys [the media] think.”

He then told off reporters for not social distancing, telling them, “You’re supposed to be more than two metres apart – move out of the way.” Despite there being no law preventing this.

Piers wrote in a series of tweets in response to a tweet by Michael Gove, “Oh please. Cummings brazenly broke the rules YOUR Govt – advised by HIM – enforced on everyone else.”

Gove had tweeted, “Caring for your wife and child is not a crime.”

Rabb wrote on Twitter, “It’s reasonable and fair to ask for an explanation on this.

“And it has been provided: two parents with Coronavirus, were anxiously taking care of their young child. Those now seeking to politicise it should take a long hard look in the mirror.”

Downing Street spokesman insisted that Cummings did not break any guideline over the 264-mile trip.

“Owing to his wife being infected with suspected Coronavirus and the high likelihood that he would himself become unwell, it was essential for Dominic Cummings to ensure his young child could be properly cared for,” the spokesman said.

A Labour Party spokesman said, “The lockdown rules were very clear: if you or anyone in your household was suspected of having Covid-19 you must immediately self-isolate and not leave the house.

“However, the Prime Minister’s Chief Adviser appears to believe that it is one rule for him and another for the British people.

“This will cause understandable anger for the millions of people who have sacrificed so much during this crisis.

“We are still unclear who knew about this decision and when, whether this was sanctioned by the Prime Minister and whether Number 10 is now questioning the validity of the statement from Durham Police.”

Durham police confirmed the family were given advice on lockdown rules on 31 March, a week after the lockdown was ordered, and many other people have been fined since.

The statement said, “At no stage was he or his family spoken to by the police about this matter, as is being reported.

“His actions were in line with coronavirus guidelines. Mr Cummings believes he behaved reasonably and legally.”

SNP Westminster Leader Ian Blackford told BBC Radio 4’s Today programme, there seems to have been a “cover up” and Cummings “should have gone by now.”

Sir Ed Davey, the acting leader of the Liberal Democrats, told Sky News Cummings “should either resign or the prime minister should sack him.”

“I don’t think there can be one rule for everyone else and a different rule for the prime minister’s top team,” he said.

“I can’t see how Dominic Cummings is going to wriggle out of this one.”