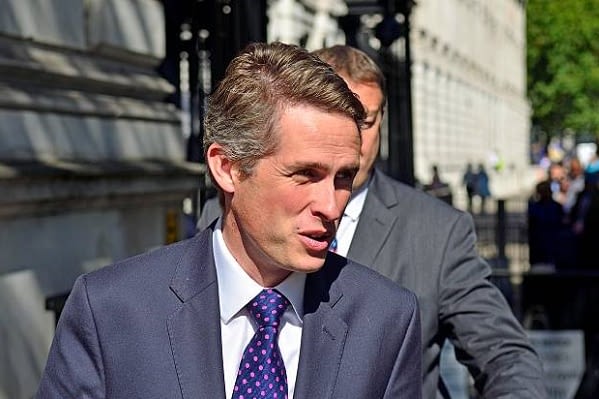 The Department of Education have confirmed if parents refuse to send their children to school then they will face fines up to £120 “without good reason.”

Schools and local authorities will have the power to issue the fines, and the measures are being taken to ensure pupils can return and catch up with lessons after months of being at home.

Education Secretry Gavin Williamson told the House of Commons on Thursday, “Unless there is a good reason for absence, then we’d be looking at the fact that we would be imposing fines on families.”

Parents are being warned that a fine of £60 will be issued and will rise to £120 if not paid within 21 days, also if they refuse to pay then they could be prosecuted.

This comes as parents have real concerns over sending their children back to school during the pandemic.

Former shadow minister Richard Burgon told MPs, “We all want schools to reopen in September but only if it is safe for pupils, teachers and the wider community.

“Just this week the Health Secretary acknowledged that an unusually high rate of coronavirus infections amongst children in Leicester was part of the reason for reimposing restrictions there.”

He added: “School reopening must be safe and led by the science, so can the Secretary of State confirm that the measures that he has announced today will be signed off as safe by the Government’s scientists?”

Williamson said, “I want to reassure parents and families that we are doing everything we can to make sure schools, nurseries, colleges and other providers are as safe as possible for children and staff, and will continue to work closely with the country’s best scientific and medical experts to ensure that is the case.”

Adding, “I can absolutely assure [Burgon] that Public Health England have signed off all of this advice.

“We on this side of the House are all committed to opening all schools for all children of all year groups.”

The Department of Education have issued guidance to parents, “It is vital for all children to return to school to minimise as far as possible the longer-term impact of the pandemic on children’s education, wellbeing and wider development.

“Missing out on more time in the classroom risks pupils falling further behind. Those with higher overall absence tend to achieve less well in both primary and secondary school.

“School attendance will therefore be mandatory again from the beginning of the autumn term.”

Also, schools must implement measures to support parents and children who feel anxious.

The government department said, “Schools should bear in mind the potential concerns of pupils, parents and households who may be reluctant or anxious about returning and put the right support in place to address this.

“This may include pupils who have themselves been shielding previously but have been advised that this is no longer necessary, those living in households where someone is clinically vulnerable, or those concerned about the comparatively increased risk from coronavirus, including those from Black, Asian and Minority Ethnic (BAME) backgrounds or who have certain conditions such as obesity and diabetes.”