Home London News Over 20,000 people to march on Downing Street on 12 September over refugee crisis 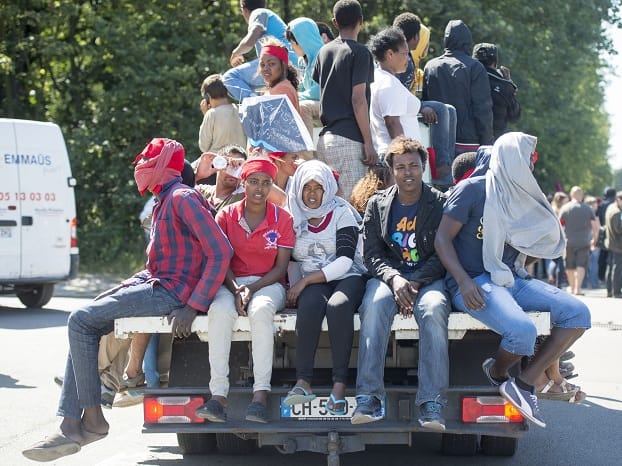 Over 20,000 people to march on Downing Street on 12 September over refugee crisis

Over 20,000 people will participate in a mass demonstration in central London tomorrow to call on the government to accept more refugees.

Set to begin at 12pm, the protest will see thousands of people marching down from Marble Arch to Downing Street.

The protest comes as heart-breaking photos showing two dead Syrian brothers who washed up on a Turkish beach were published earlier this month.

One of the organisers of the protest, Stop the War, said on their website: “Only one heart didn’t melt at the pictures of the three-year-old Syrian Kurdish boy’s dead body washed up on a Turkish beach: David Cameron’s. He responded by refusing to take anymore refugees.

“But he is still promising to try and force parliament to agree more bombing of Syria. Which will force more refugees to flee Syria. And then David Cameron will let them drown too.

“The refugee crisis is growing worse by the day across Europe as thousands flee war and chaos. Many have died in the most terrible circumstances, suffocating in lorries or drowning during dangerous crossings of the Mediterranean.”

To find out more about the protest, go to Refugees Welcome Here’s Facebook Page

Here are the most hilarious reactions to the Apple announcement