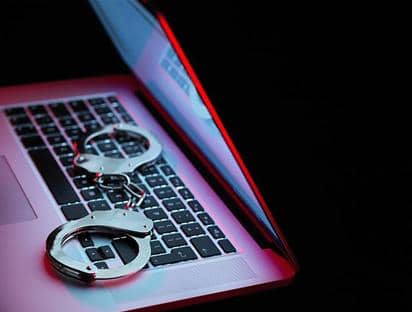 A new report, by Reassura and the Centre for Counter Fraud Studies, has set out to change the UK’s shame-filled attitude towards fraud and scams, as it revealed 30 per cent of people that have been scammed multiple times, wouldn’t tell their loved ones if they were a victim of a scam, despite fraud now being the most common crime in England and Wales.

The report focuses on the impact fraud has on the most likely victims – older people – and families’ concerns around protecting older relatives from this type of crime. The research, commissioned by the new expert fraud helpline, Reassura, finds that 57 per cent are worried about older relatives becoming fraud victims and that older people are 54 times more likely to be a victim of fraud or computer misuse, than they are robbery.

It uncovers the long-term mental health effects that fraud has on older people; revealing 89 per cent of over 65s fear that being a victim of fraud, would lead to a drop-in confidence or feelings of anxiety. With 66 per cent of older people believing these concerns would have a longer lasting impact than the financial loss.

Fraud also risks adding to the loneliness epidemic faced by Britain’s ageing population; 68 per cent of older people say that being a scam victim would result in increased hesitation to answer the phone or open the door, and 39 per cent would feel increasingly isolated.

Reassura sets out to tackle the taboo identified in its report; it finds that 26 per cent of people are unwilling to speak about personal finances, a figure worryingly rising for existing fraud victims (28 per cent) and increasing further for those aged 45-54 (29 per cent) – those most likely to have parents over age 65. Older people, meanwhile, are more likely to talk to their loved ones about death than they are personal finances (79 per cent).

Mark White, Founder of Reassura, set up a phone service, offering older people expert advice against fraud and scams, after his 93-year-old Mother-in-law, Dolores Parker was repeatedly targeted by scams, but felt too ashamed to tell anyone.

Mark White says: “That victims of fraud are the most reluctant to speak about the issue is telling of the taboo around fraud and the long-term feelings of shame and embarrassment they unfairly face. This sentiment needs to change. Speaking out about fraud and scams, and the complex and intelligent criminal activity behind them, must be seen as empowering, not a sign of weakness.”

Talking about her experience, Dolores Parker, says: “I felt ashamed to talk to anyone about my experience with scammers. In the end, I just stopped answering the phone all together, in the hope that they would leave me alone. I realise now that I was isolating myself from my own family. While it wasn’t easy, I wish I’d have spoken to someone sooner about the troubles I was having.”