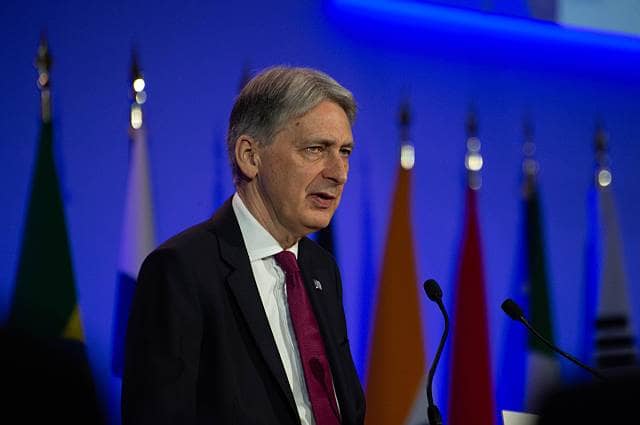 Philip Hammond said during Tuesday’s Treasury questions in the House of Commons, “The government’s analysis suggests that, in a disruptive no-deal exit, there will be a hit to the Exchequer of about £90bn,”

The chancellor also signalled he would be prepared to vote against a no-deal Brexit saying it would be “wrong” for any government to pursue this policy.

Both leadership hopefuls, Boris Johnson and Jeremy Hunt have both said they would be willing to take the UK out of the EU without a deal on 31 October.

Hammond went on to say:

“We’ve built up around £26-27bn of fiscal headroom and the purpose of having that headroom is precisely in order to protect the UK economy from the immediate effects of a possible no-deal exit.

“But I have no doubt whatsoever that, in a no-deal exit, we will need all of that money and more to respond to the immediate impacts of the disruption of a no-deal exit – and that will mean there is no money available for longer-term either tax cuts or spending increases.

“But let me go further – the government’s analysis suggests that in a disruptive no-deal exit there will be a hit to the Exchequer of about £90 billion.

“That will also have to be factored in to future spending and tax decisions.”