CLICK HERE TO WATCH THE FULL VIDEO
Home Business News No.10 refuses to rule out Boris resignation  if he is found guilty of parties whilst his apology was branded  as‘bulls***’ 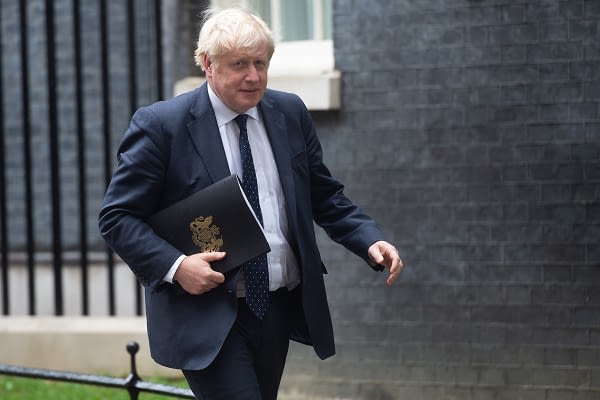 No.10 refuses to rule out Boris resignation  if he is found guilty of parties whilst his apology was branded  as‘bulls***’

Downing Street has refused to rule out on Wednesday the Prime Minister’s resignation should the Sue Gray investigation find him guilty of holding the alleged parties at No.10 during lockdown.

Johnson’s official spokesman said on Wednesday afternoon said the Prime Minister will accept the “facts” established by the Gray investigation.

He said, “Without seeking to pre-empt the findings of the review, it has his full backing and he will accept the facts that she establishes.”

Asked if Johnson will resign if illegal gatherings were found to have taken place by the probe, his press secretary refused to comment.

He said, “It is a hypothetical question and I’m not going to be drawn on potential findings of the report.”

However today Johnson admitted that he had attended that “bring your own booze” gathering in the garden of No.10 on 20 May 2020 during lockdown.

Johnson told MPs, “I went into that garden just after six on the 20th of May 2020 to thank groups of staff before going back into my office 25 minutes later to continue working.”

He added, “With hindsight, I should have sent everyone back inside.”

Johnson’s former aide Dominic Cummings branded the Prime Minister’s apology today as “bulls***” as he took a brutal swip at him.

Cummings said that he had objected to the Johnson’s principal private secretary, Martin Reynolds email invite for “bring your own drinks” as it was “totally social and not work.”

The Prime Minister insisted today that he “believed implicitly that this was a work event” and only attended for around 25 minutes to “thank groups of staff.”

Cummings who is a fierce critic of Johnson, urged Johnson to “admit” he broke the rules and resign.

Cummings posted on Twitter, “Whole point of why I & other official told MR – *** YOU DOING HOLDING A PARTY – was cos the invite = obv totally SOCIAL NOT WORK (UNlike all the mtngs in garden).

“No way ‘technically within rules’.

“bulls*** cos altern is admit he broke rules + resign.(sic)”

In the face of calls to resign by MPs in the House of Commons, Johnson said, “Number 10 is a big department with the garden as an extension of the office, which has been in constant use because of the role of fresh air in stopping the virus.”