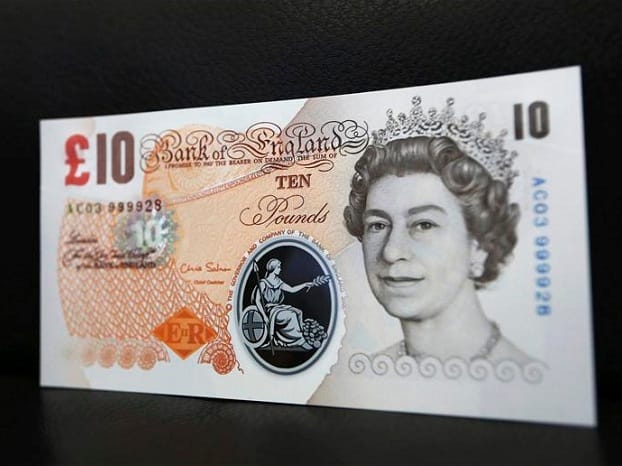 And there I was thinking the Bank of England would have wanted to stamp out money laundering. As it happens, it has announced that its new plastic banknotes will survive going through a washing machine and look set to be introduced in 2016.

The new notes will be smaller and wipe-clean. The plastic notes the Bank demonstrated had a clear plastic window in the middle.

The Bank has warned that ATMs will probably have to introduce anti-static measures, which may, ahem, spark some outrage from ATM providers.

The first denomination to be switched over is likely to be the £5, followed by the £10.

The Bank has spent three years studying the move from our current cotton paper notes to polymer. It reckons the new plastic notes will be more secure and cleaner, and should last twice as long as paper notes.

They should also be a whopping £10m a year cheaper than their cotton paper predecessors, even though they cost more to print, because they last longer.

Polymer banknotes will also have a lower environmental impact than paper banknotes, the Bank said.

The Bank is conducting a roadshow to collect opinions on the new plastic banknotes.

Alessio Rastani: The big Syria distraction from the REAL threat facing America and the world