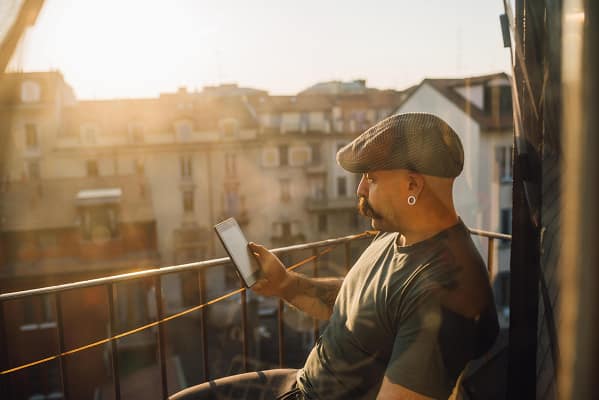 One-in-five (20%) UK workers now have their work instant messaging app on their personal mobile phone, according to new research from by B2B furniture ecommerce site Furniture At Work.

The research, which asked 1,015 UK workers about their routine and habits during the working day, sought to uncover how attitudes to work had changed since the pandemic began, including the times when most workers are likely to take breaks and the measures they use to ensure their employer knows they’re working.

Since workers started working out of sight from their employers, 51% said they started replying to messages faster to remind colleagues they’re working, 47% have been checking in regularly with calls and emails and 49% now sending emails either early in the morning or late at night.

The effects of working from home paranoia are also reflected in the use of work instant messenger services, as 29% of people said they make an effort to ensure Teams never goes onto an ‘away’ status. One-in-five (20%) workers have even downloaded Teams onto their phone – helping them keep in touch even when they’re on the toilet or out for lunch.

The survey also highlighted how some of this paranoia could be fuelled by workers changing work patterns since their working day became more flexible. It was discovered that 10-11am every day is the most common time for workers in the UK to step away from their work and take a break, with 22% doing this, equating to nearly 7,000,000 workers taking a break at that time.

Furniture At Work said, “As many workers prepare to return to the office in the coming weeks, many employers may have to brace themselves to adapt to a change in working habits or a switch back to pre-pandemic ways of working. With so many extending their working days when working at home, it remains to be seen how this could translate into office working.

“It’s important for employers to understand that their staff are having to adapt to a second major change to their working lives in 18 months. Given that 11% of the workforce still don’t feel trusted by their employer to complete their set hours in a week, considering a flexible working policy could help make a smoother transition and reassure workers that you’re not rushing them back to a place where you can see them.”