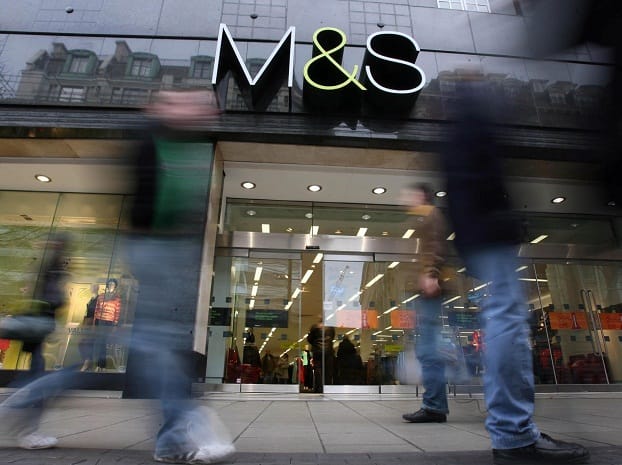 In what will signal more bad news for the high street, Britain’s biggest clothing retailer Marks & Spencer will report a 4.5% fall in general merchandise sales for the first three months of the year on Thursday.

This would be the 129-year-old retailer’s worst sales performance in four years.

Last December, M&S lost a chunk of its market share to rivals Primark and Zara after reporting a 3.8% drop in clothing sales during the Christmas trading period.

As for this drop, chief executive Marc Bolland will blame the cold weather and aggressive pricing from rivals that hampered women’s clothing in particular.

However, M&S’ food arm is expected to be buoyant in the wake of the horse meat scandal.

Analysts are expecting a 0.8% improvement in the fourth quarter after a 0.3% like-for-like sales growth in the third quarter. Food now accounts for 55% of M&S’s sales and is a larger business than general merchandise.

“The new womenswear team will have made little impact as yet.

“In under six months M&S will be displaying a much stronger range and in under 12 months the website will migrate to a new, proprietary platform away from the current host, [competitor] Amazon.”

The Max Attacks: M&S… What a disaster!