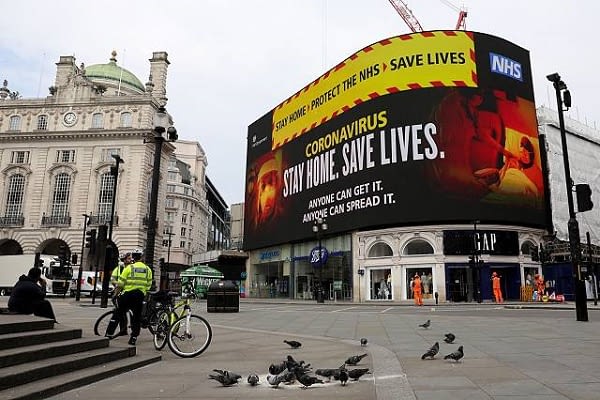 The third wave which is sweeping across Europe could place England back into more lockdowns if it spreads to our shores, a Minister has suggested.

Imposing further restrictions again is the “last thing” the government wants to do once things are relaxed, the Culture Secretary Oliver Dowden said on Sunday.

Appearing on the Andrew Marr show, Dowden was asked if he can guarantee this is the last lockdown England will see.

He told Marr, “The aim of doing this is to make sure it’s irreversible, but my whole experience of the past year is you can’t rule things out.

“But we have every confidence we won’t have to have another lockdown and it’s the last thing in the world we’d want to do.”

He added, “Of course they could be delayed if the situation deteriorates but at the moment we’re on track.”

Last Monday the Prime Minister, Boris Johnson has warned that the UK will soon “feel the effects” of Europe’s third wave as it sweeps across the bloc.

There are grave concerns that a ‘third wave’ will hit the UK in a matter of weeks as cases in Europe have surged.

A government adviser, who sits on the Scientific Advisory Group for Emergencies (SAGE), said the UK is often a few weeks behind Europe in terms of infection levels.

The Welsh First Minister, Mark Drakeford also warned it was very likely a third wave was on its way to the UK, and it was not a question of “whether it will happen, it’s how it will happen.”

Drakeford added, “Just as we have seen in Paris over the last few days, France was doing incredibly well only a few weeks ago and are now finding a sudden and significant flare-up.”