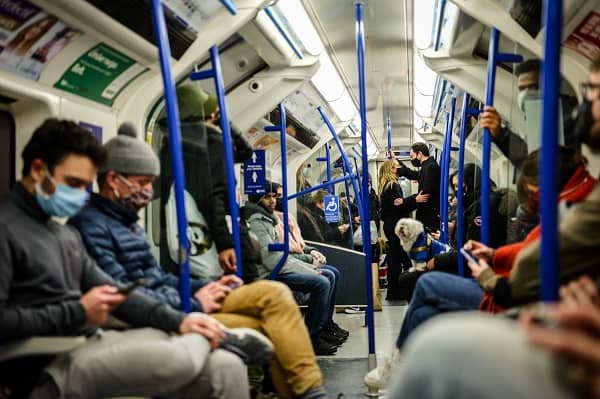 The Mayor of London, Sadiq Khan, has called on the Government to take urgent steps to tackle the spiralling cost of living as a new report exposes the challenges facing Londoners and the rising poverty levels in the capital.

Increasing food, energy and fuel costs are hitting people hard with a new poll showing that the cost of living has increased over the last six months for nearly 80 per cent of Londoners.

The cost of living in the capital was already a challenge before the pandemic, with 2.4 million Londoners living in poverty. Increasing costs are hitting the poorest households the hardest and the Government’s upcoming changes to tax and benefits are set to drive an estimated 130,000 more into poverty.

The report by City Hall and new polling by YouGov highlights that:

The Mayor is calling for the Government to do more to tackle these rising costs of living and to help those most in need. He believes that cutting Universal Credit by £20 was a mistake and that Ministers must find ways to increase support, including extending eligibility for the Warm Home Discount, investing in multi-year energy efficiency programmes to help low-income households receive support to reduce their energy use, and extending the Household Support Fund that enables councils to provide hardship support.

The Mayor continues to do all he can to support Londoners and bring down the cost of living in the capital, including starting record numbers of affordable homes, quadrupling the number of Living Wage accredited employers, continuing the TfL Hopper fare, providing heating, insulation and ventilation improvements through the Warmer Homes programme and investing in financial and welfare advice – all of which has made a tangible difference to families’ incomes.

The Mayor of London, Sadiq Khan, said: “I am hugely concerned about the impact that the spiralling cost of living is having on Londoners. Rising food and energy prices are hitting Londoners hard and the Government’s ill-judged changes to benefits and tax are only set to make things worse.

“It cannot be right that millions are living in poverty and that so many people are struggling to get by each month. As Mayor, I’m doing all I can to support Londoners, but this is a national problem and the Government needs to urgently step up and support people through this cost of living crisis.”

Katherine Hill, Strategic Project Manager, 4in10 London’s Child Poverty Network, said: “A perfect storm of exorbitant rents, sky-high childcare costs, imminent fuel price hikes and surging food prices, means that across London families are struggling to meet their children’s basic needs for healthy food, a warm home and decent clothing. The impact of poverty will limit these children’s opportunities and have an impact for the rest of their lives. The Government must act to ensure that those being hit hardest by the current cost of living crisis receive immediate help to prevent further harm.”

Jim Minton, Chief Executive, Toynbee Hall, said: “Every day through our community based advice and support services, we assist many people and families who find themselves trapped by  rising energy costs, spiralling housing, and higher prices for essentials. These pressures are felt most acutely by the poorest Londoners, and the disproportionate impact on those communities will be made even worse by April’s planned national insurance increase. Community organisations are working day in and day out in partnership to provide as much support as we can – but we need policy makers to listen to and understand the experience of the communities who are being hit hardest and to act. Rethink the national insurance rise and take urgent action to tackle rising costs and boost incomes, so that everyone can have the essentials they need to live their lives.”

Adam Scorer, Chief Executive of National Energy Action (NEA), said: “Soaring energy prices are fuelling a desperate cost of living crisis for many Londoners. Household budgets will be exploded and cold homes devastate lives. As the cost of heating a home doubles over just 18-months we need a new urgency to tackle what will be a fuel poverty emergency.”