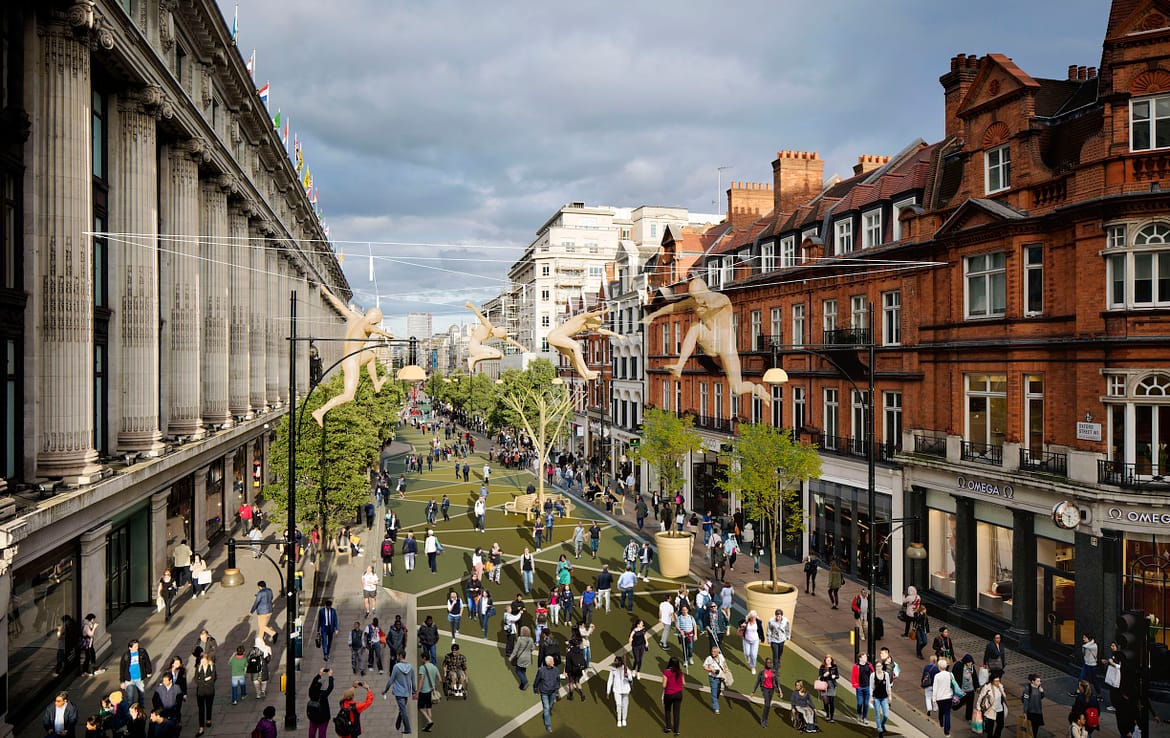 Westminster City Council has confirmed that they do not support the full scale pedestrianisation of Oxford Street and a rethink of the whole strategy is now required.

Today, the London Assembly agreed a motion calling on the Mayor of London to look at the costs and wider benefits of the pedestrianisation scheme already consulted on, seek to address the concerns of local residents and be robust in pursuing the scheme.

The Assembly believes the Mayor should consider using powers within the Greater London Authority Act 1999 to pursue the pedestrianisation scheme if needed.

Caroline Russell AM, who proposed the motion said: “If London is going to be a modern, world-leading city we need streets that are safe, comfortable and welcoming for walking and cycling.

“The backsliding on plans for Oxford Street is really disappointing. London’s main shopping street mustn’t be left clogged with pollution and vehicles – a less and less pleasant place to go.

“All the studies show that pedestrianisation actually helps shops by creating a public space where people can browse, hang out with friends and get around safely and comfortably.

“The Mayor already has legal powers to fulfil his manifesto pledge of transforming Oxford Street. He should use them”.

Florence Eshalomi AM, who seconded the motion said:

“Many Londoners will be bitterly disappointed by Westminster Council’s decision to withdraw their support for the pedestrianisation of Oxford Street. At stake is the health and wellbeing of Londoners who are being exposed to dangerous levels of toxic air.

“Naturally, any outstanding concerns of local residents towards the proposals must be robustly and swiftly addressed by the Mayor. However, it should also be recognised that this scheme is of significant importance for our capital, and the Mayor must use all of the tools at his disposal to push for it to progress.

“The GLA Act allows the Mayor to take over any road in London, with the consent of the Borough or the Government. If Westminster Council remains unwilling to come back to the table, the Mayor should use this power to urgently remove the toxic air-polluting vehicles from Oxford Street.”