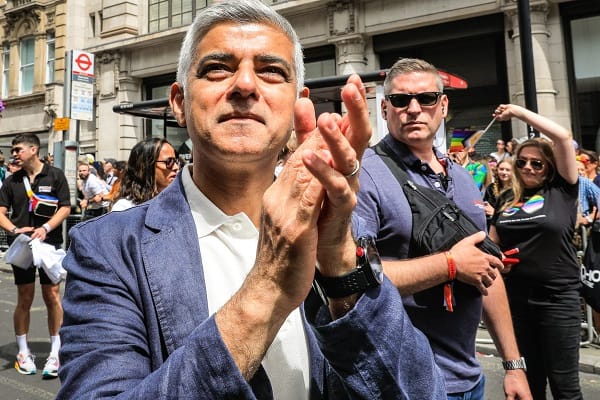 The Mayor of London, Sadiq Khan, has today unveiled bold new action to improve trust and confidence in the Metropolitan Police and to address community concerns about the disproportionality in the use of certain police powers affecting Black Londoners.

Black Londoners are more than three times more likely to be stopped and searched by police than white Londoners,1 and the Mayor is clear that there is still a lot more work to be done to ensure all communities in London have trust in the use of police powers as the Met goes about the vital work of tackling crime.

These new steps, which will be delivered by the Met and City Hall, follow a series of scandals which have shaken public confidence in the police – from the pictures taken by serving officers of Bibaa Henry and Nicole Smallman in Wembley to the hate-filled Whatsapp chat groups exposed by Operation Hotton and the strip search of Child Q.

A clear opportunity for positive change has started with appointment of a reforming Commissioner Sir Mark Rowley, who has vowed to raise standards in the police, rebuild trust with those whom the Met have let down and increase the confidence of all Londoners in the service.

The Mayor’s Action Plan was created in 2020 in consultation with more than 400 individuals and groups that either work with or within Black communities. It has focused on increasing transparency in police actions, transforming the Met to better reflect the city it serves and strengthening community involvement in reviewing the disproportionate use of police powers and complaints.

This is in addition to the Met also delivering a range of refreshed learning and training that gives officers more understanding of public perspectives, ranging from how interactions can be de-escalated and regular community input through recruit training on various issues including experiences of stop and search, with a new cultural awareness portal to support officers and a Learning and Development Community Reference Group set up to ensure that we design by default community perspectives into training.

Building on these achievements, both the Mayor and Commissioner believe more can and must be done to increase confidence and trust in the police for all Londoners – particularly Black Londoners – as part of their joint effort to build a safer and fairer city for everyone.

The Mayor, Sir Mark Rowley and Deputy Mayor of Policing and Crime Sophie Linden will today meet with community representatives at City Hall as part the ongoing community-led approach to tackling disproportionately in policing in the capital.

The Mayor of London, Sadiq Khan, said, “It’s simply not right that Black Londoners have less trust and confidence in our police service and it’s something the new Met Commissioner and I are determined to improve together.

“My Action Plan is already working to improve trust and confidence in the Met and to address community concerns about the disproportionality in the use of certain police powers affecting Black Londoners.

But we need to do more and that starts with listening to and acting on the concerns and experiences of Black Londoners. That’s why today with the Commissioner I’ve announced a raft of new actions based on those concerns that cover everything from police tactics and recruitment to community oversight and engagement so we can build a better, safer and fairer London for everyone.”

The Metropolitan Police Commissioner, Sir Mark Rowley added, “I have been candid in saying that I know the Met has let people down – especially Black Londoners. Baroness Casey’s interim report demonstrated that there is evidence of systemic bias in the Met. It is appalling that prejudices such as racism have impacted the public during police interactions. I am uncompromising in my determination to root out those that corrupt our integrity.

“Policing depends on public trust and this applies most of all to police and Black communities. Tragically, not only do these communities have some of the lowest levels of trust in the police but they also suffer some of the highest levels of crime – especially the twelve times’ disproportionality of the murder of young black men we were discussing with the GLA last week. We will only succeed with trust and joint action between police and black communities.

“This makes it all the more important for the Met to continue to keep driving changes to increase the trust and confidence Black Londoners have in their police service.

“We have made many improvements such to how we use our powers, how we recruit and train and how we are more open, transparent and accountable to Black Londoners. This has been as a result of our own determination to improve; the feedback of communities; and the challenge, scrutiny and investment from the Mayor including through the Action Plan.

“Under my leadership, I am determined to root out those who corrupt our integrity and rebuild community confidence in policing once more so we can work with Black communities to reduce the disproportionate crime they experience.”