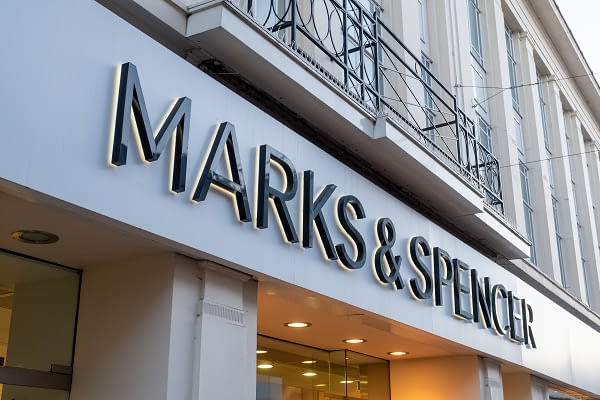 Anyone that’s ever tinkered with the craft box will know that glitter sticks and right now Marks and Spencer’s leadership team will be feeling really pleased that they’ve finally found the sparkle again and aren’t afraid to use it liberally.  The brightest spot for the team must be the second successive quarter of growth in clothing and home.  It’s an area the business has failed to make work for years, simply not understanding its consumer or placing more importance on winning new business than pleasing existing shoppers.

Food has taken further leaps forward as the expansion of the available range has made everyday shopping more of an option.  But it’s the smart product development that’s really cut through, something its competitors recognise and often seek to copy.  With many people fed up with restrictions and worried about the possibility of more lockdowns after the Christmas period ended this holiday season was viewed as a chance to really push the boat out.  To celebrate with family and friends in the comfort and relative safety of their own homes rather than mix with more revellers in pubs and restaurants.  The uncertainty also pushed people to add a little extra something to their baskets.  If last minute changes to plans had to be made no one wanted to be without the trimmings which has meant some freezers are still holding the makings of a rather spectacular feast.

“Whilst the pandemic has delivered challenges to the business it has also brought opportunity.  Clothes wise people have ditched fashion in favour of comfort and the growing number of people reaching for their running gear came at a time when Marks and Spencer’s active range was really finding its feet. Concern about the impact of throwaway items on the environment has made people reconsider the quality they want from those key pieces and the high street doyen has always been known for the longevity of its items.  The ability to pop out to pick up parcels from those small stores nestled in retail parks has made shopping simple and the move away from high streets that was already underway has also reaped dividends,” Danni Hewson, AJ Bell financial analyst said.

“This was a business making the right moves at the right time.  But what happens when life starts to really get back to normal. Will that normal continue to work in Marks and Spencer’s favour or will the business need to pivot to keep its reclaimed relevance?  It’s worked hard to throw off the cloak of obscurity when it comes to its fashion offer. It’s finally figured out its place in the clothing jigsaw and is delivering high quality, reasonably priced staples in a convenient way.

“But there are headwinds already buffeting the business. Inflation will squeeze the amount of cash shoppers have to spend and with the discounters already drawing up battle plans to scoop up budget conscious shoppers, Marks and Spencer is going to have to think carefully about the one part of the business that’s been holding everything else up.  Whilst consumers will still walk through the doors to pick up those nice to haves they might well only do so after they’ve done the bulk of their shopping elsewhere.  It needs to understand that it can’t fight on price it has to really focus on its USP, clever positioning and temptation.”