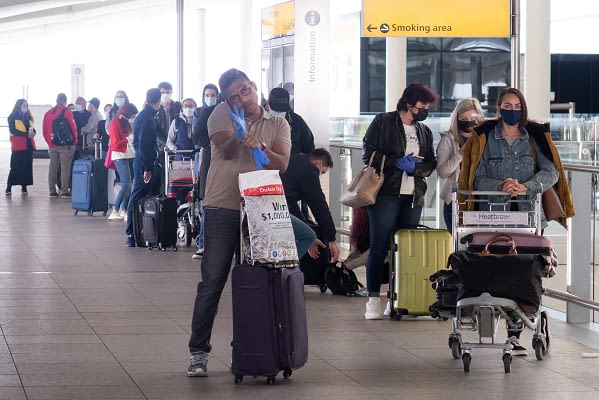 Travellers from southern Africa countries could be evading the expensive £2,285 hotel quarantine from red list countries as its been claimed the “government has not instructed Border Force Officers to make such checks.”

According to a senior Border Force official and the Home Office, are probably not checking the original departure airport of those who are travelling on indirect flights from red list countries.

Hundreds could be arriving in to the UK with the new variant Omicron amid the “shambolic” experience at passport control, an anonymous passenger told the Metro.

They said, “No checks at the UK border on if we had vaccines or a PCR booked.”

The i newspaper was told that the Home Office has not instructed their passport control officers to check locator forms once passengers arrive at a UK airport, claims Lucy Moreton, professional officer at the Border Force union ISU.

Moreton added, “If you’re arriving in the UK on an indirect flight that originated in a red list country, you are required to declare that.

“But that requires honesty on behalf of the passenger, as it is not being independently checked at passport control.

“The government has not instructed Border Force Officers to make such checks.”

However, the i has seen an email which was sent at 5.35pm on Saturday from the Home Office which appears to confirm new instructions were given to Border Force.

The Home Office insists these claims are “completely untrue” and that Border Force was provided with operational guidance.