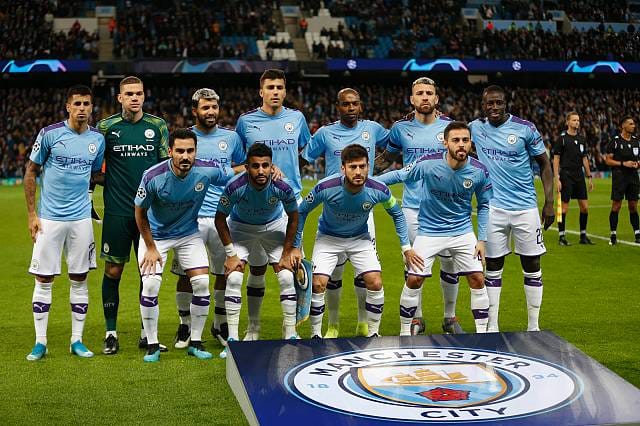 Manchester City could lose around £170m after European ban by Uefa

Manchester City have been banned by Uefa from playing in the European club competition for the next two years.

The European ban come after the football club committed “serious breaches” of Uefa’s club licensing and financial fair play regulations between 2012 and 2016.

City have been handed a £25m fine and the unprecedented sanction could see the football club being hit financially hard, with possibly losing out on over £170m.

The European ban could affect the club as players could leave the club, questions were immediately asked over the future of Pep Guardiola and future player signings.

Jermaine Jenas claimed on BT Sport on Saturday that the club will face a problem in retaining key players.

“If Pep leaves, of if Raheem Sterling left, or Kevin De Bruyne left, will they look at that as them not being loyal to the football club and think that they should stick around?

“Because from a player’s point of view – if all of this is true and that remains to be cleared up completely yet but we have to assume for the conversation – that’s not my fault as a player, I have done what you’ve asked me to do.

“I have gone out there and won you two league titles, qualified for the Champions League, all of the funds that have been brought into the club on the back of these achievements, that’s what I have done as a player.

“I don’t see how the fans could blame them personally for walking away. If it’s a year, I can see somebody like Raheem Sterling saying, “I’ll be fine, I’ll stick it out, I’m 26-years old.”

“But if it’s De Bruyne, who is 29-years old, as I have said before and the few others, I think a few are going to really, you know, I think City will have to accept they are going to lose a few of their stars.”

Manchester City said in a statement, “The club has always anticipated the ultimate need to seek out an independent body and process to impartially consider the comprehensive body of irrefutable evidence in support of its position.

“In December 2018, the Uefa chief investigator publicly previewed the outcome and sanction he intended to be delivered to Manchester City, before any investigation had even begun.

“The subsequent flawed and consistently leaked Uefa process he oversaw has meant that there was little doubt in the result that he would deliver. The club has formally complained to the Uefa disciplinary body, a complaint which was validated by a CAS ruling.

“Simply put, this is a case initiated by Uefa, prosecuted by Uefa and judged by Uefa. With this prejudicial process now over, the club will pursue an impartial judgment as quickly as possible and will therefore, in the first instance, commence proceedings with the Court of Arbitration for Sport at the earliest opportunity.”