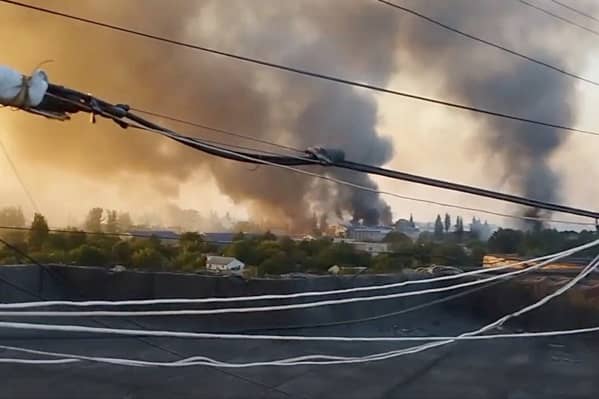 The Ukrainian President Volodymyr Zelenskyy has announced that the eastern city of Lyman in the Donetsk region has finally been “fully cleared” of all Russian troops.

On Friday Ukrainian forces had encircled all the main supply routes of the Russian stronghold of Lyman and on Saturday Ukrainian authorities said they have now entered the town of Lyman, and Moscow has been told if they want their 5,500 troops back then they will have to appeal.

The Ukrainian Presidential adviser, Mykhailo Podolyak warned, “Today (Russia) will have to ask for an exit from Lyman. Only if, of course, those in (the) Kremlin are concerned with their soldiers.”

Ukrainian forces recaptured the city on Saturday, and it has now been confirmed to be back under the control of the Ukrainians which was captured in May and marks yet another crushing defeat for Vladimir Putin.

The Russian armed forces or the Kremlin have not provided statements on Sunday over the recapture.

President Zelensky promised more quick successes in the Donbas, and said, “Over the past week, the number of Ukrainian flags in Donbas has increased.

“There will be even more a week’s time.”

The Ukrainian President declared the key eastern town of Lyman “fully cleared” of Russian forces on Sunday, which comes the day after Moscow claims their troops decided to withdraw/

He added, “Without those routes, it will be more difficult. So, it presents a sort of a dilemma for the Russians going forward.”

Serhii Cherevatyi, a military spokesperson told public broadcaster Suspilne, “All the approaches and logistic routes of the enemy, through which they delivered ammunition and manpower, are in fact under fire control (of Ukraine).”

Cherevaty said on Saturday, “The Russian grouping in the Lyman area is surrounded.