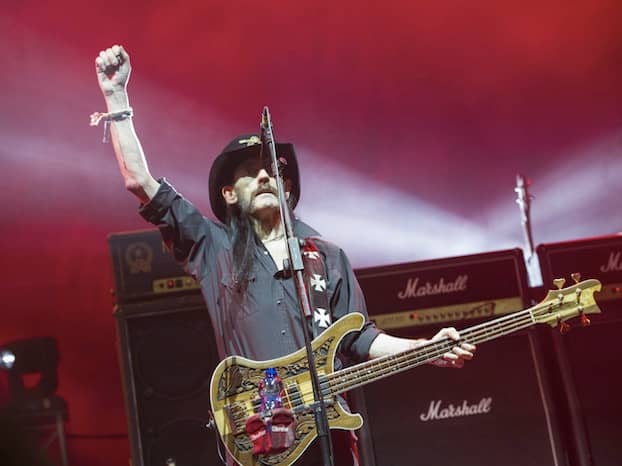 Motörhead frontman Ian “Lemmy” Kilmister died this morning after being diagnosed with an “extremely aggressive cancer” on 26 December.

The 70-year-old died at his home while “sitting in front of his favourite video game with his family”.

In a statement, his fellow band members wrote: “We cannot begin to express our shock and sadness, there aren’t words.

“Have a drink or few. Share stories. Celebrate the LIFE this lovely, wonderful man celebrated so vibrantly himself. HE WOULD WANT EXACTLY THAT.”

Kilmister was widely known as a colourful character who turned amplifiers to their maximum setting during shows.

A big lover of whisky and distinctive “mutton chops”, he once claimed he stayed awake for two weeks on speed.

The rockstar also claimed to have slept with more than 1,000 women but never married.

Ozzy Osbourne, lead vocalist of Black Sabbath, paid tributes, tweeting: “Lost one of my best friends, Lemmy, today. He will be sadly missed. He was a warrior and a legend. I will see you on the other side.”

Guns N’ Roses star Duff McKagan tweeted, “Rest In Peace Lemmy. A hell of a man who suffered no fools. U shall be missed brother, and, THANK u 4 the years of unwavering kick ass R&R.”