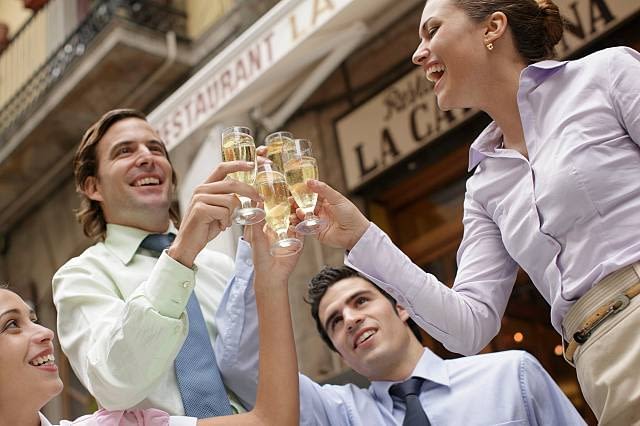 The UK is set to follow Italy, Spain, France and Ireland by closing restaurants, pubs and cafes, as the government has not ruled out a total shut down to combat coronavirus.

The Health Secretary, Matt Hancock told BBC1’s Andrew Marr Show that the situation was not “bad enough in the UK to follow suit yet.”

But he said, “We haven’t ruled that out. We’ll do what is necessary because the top priority is to protect life and you do that by protecting the vulnerable and protecting the NHS. But that is the goal. We’ve got our plan, we set it out in public a couple of weeks ago.

“We’re approaching this with the maximum possible transparency.”

On the weekend Ireland announced the closure of all bars, restaurants and cafes, and the Irish government said it would be difficult to enforce “social distancing” where there is alcohol.

The Irish government said on Sunday evening, “Following discussions with the Licensed Vintners Association (LVA) and the Vintners Federation of Ireland (VFI), the government is now calling on all public houses and bars [including hotel bars] to close from this evening until at least March 29.

“The LVA and VFI outlined the real difficulty in implementing the published guidelines on social distancing in a public house setting, as pubs are specifically designed to promote social interaction in a situation where alcohol reduces personal inhibitions.

“For the same reason, the government is also calling on all members of the public not to organise or participate in any private houses or other venues which would put other people’s health at risk.”

Martin Harte, of Temple Bar Company who represent pubs in the busy district of Dublin, said they have taken the” decision voluntarily to shut.”

Harte added, “This is the owners of all pubs sitting down and deciding this is the best thing to do in terms of public health and safety.”

Irish prime minister Leo Varadkar warned those who had been to pubs over the weekend not to visit the elderly because they could make them “very, very sick.”

He said on Twitter, “No indoor mass gatherings of more than 100 people applies to pubs and clubs. May seek enforcement powers from Dail/Seanad [the two houses of parliament].

“People who have been out this weekend should avoid physical contact with seniors or people with chronic diseases.

“You could make them very, very sick.”

London has seen a 40% drop in people go out to bars and restaurants, according to data analytics group, Wireless Social.