Home Brexit Justine Greening to quit at next election 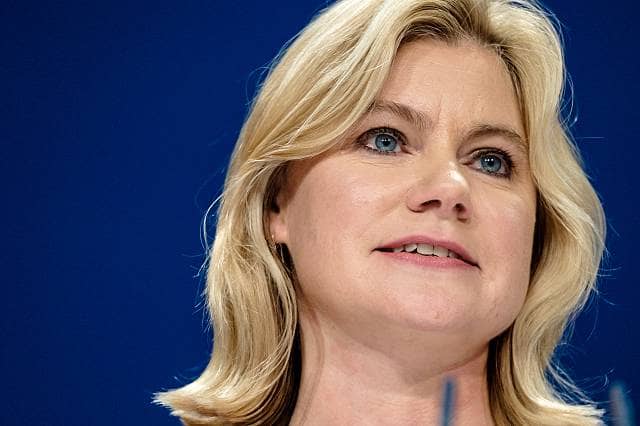 Justine Greening to quit at next election

The former education secretary Justine Greening has said she will stand down at the next election as she has concerns the Tory Party is morphing into Nigel Farage’s Brexit Party has “come to pass.”

Greening who will be voting against the government on Tuesday told the BBC’s Radio 4 Today programme, “I will not be standing as a Conservative candidate at the next election.”

She said that Boris Johnson is offering the UK a “lose-lose” situation in threatening a “general election for Britain.”

Greening said, “I don’t believe that the Conservative Party will offer people a sensible choice at the next election in respect of the fact that Boris Johnson is going to offer people a general election that faces them with the choice of a no-deal or Jeremy Corbyn.

“That is a lose-lose general election for Britain.”

Johnson threat this week to MPs that they will have a whip removed if they vote against the government had not worked on Greening. Greening said that she will be voting for legislation thie week to force Johnson to extend Article 50, and not exit the EU with a no-deal Brexit.

Greening said, “A job of an MP for me is to be Putney’s voice in parliament.

“That’s certainly what I have sought to do, and I will do that today in making sure we pass this Bill hopefully through parliament on Wednesday.

“My concerns about the Conservative Party becoming the Brexit Party, in effect, have come to pass and my decision is that if I really want to make a difference on the ground and on social mobility, then I need to do that outside parliament. That’s what I’m prepared to do.”