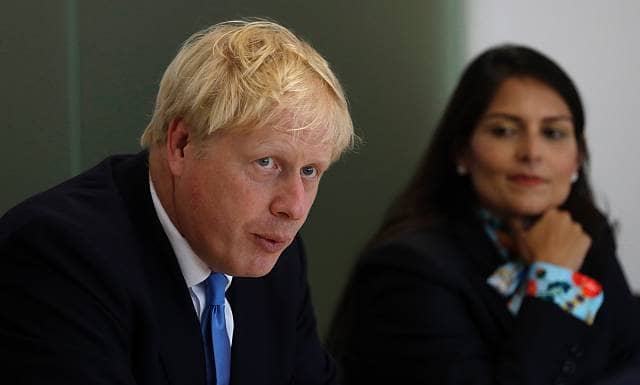 The warning from Nigel Green, chief executive and founder of deVere Group, comes as it is revealed that the government is to ask the Queen to suspend Parliament when MPs return to work next week.  This means that they are unlikely to have time to stop the Prime Minister taking the UK out of the EU without a deal on 31 October.

Green said, “It could be argued that Boris Johnson’s decision to ask the Queen to suspend parliament, and therefore to prevent democratically elected representatives of the people doing their job, is deeply unconstitutional and has the hallmarks of a tin-pot dictator.

“However, it could also be argued that it is Mr Johnson fulfilling, one way or another, the will of the British people who voted to leave the EU in the 2016 referendum.

“It is likely to be a tactic to spook negotiators into making concessions to the Withdrawal Agreement.  Whether it will work remains to be seen.  It will almost certainly be challenged in the courts.”

He continues: “What we do know for sure though is that this step will inflict further unnecessary economic damage on an already extremely vulnerable UK economy.

“Depressingly, a recession is looming for Britain and Johnson’s highly controversial tactics seriously increase the uncertainty which will further drag on investment and trade.

“In addition, it will further batter the beleaguered pound, which reduces people’s purchasing power. Weaker sterling means imports are more expensive, with rising prices typically being passed on to consumers.”

Green added, “The situation in the UK is deteriorating.  As such individuals and businesses will, inevitably and quite sensibly, be looking to grow and safeguard their wealth by moving assets out of the UK through various established international financial solutions.

“Brexit has plunged Britain into an existential crisis that will last for generations.

“It has also already cost billions upon billions of pounds. Indeed, it has cost the UK economy a staggering £66bn in just under three years, according to S&P Global Ratings.

“But perhaps even worse is the haemorrhaging of opportunity and confidence in the UK that will continue far beyond the Halloween deadline.”

The deVere CEO concludes: “Boris Johnson’s decision to suspend parliament will have far-reaching economic effects, many of which will not be known for years to come.

“Domestic and international investors in UK assets need to watch the situation carefully and ensure that their portfolios are best-positioned to deal with the growing uncertainties.”

Bart Hordijk, FX Market Analyst at Monex Europe said, “Prime minister Boris Johnson has requested a Queen’s speech to take place on the 14th of October in what is seen as an attempt to limit the opportunities of the parliament to pass legislation that prevents a no-deal from happening. Johnson has said MP’s will still have enough time to discuss Brexit, however, there may be little time left between the new opening of Parliament on the 14th and the Brexit deadline on the 31st of October. This is why markets got a jolt of nerves when this news came out, as it is perceived this will give Johnson more of a free hand to secure a no-deal Brexit, hence why sterling sold off.

“What may have even increased more than the chance of a no-deal Brexit is the chance of a general election, as this can be the last push for MPs that oppose a no-deal Brexit scenario to support Labour’s attempts to hold a vote of no-confidence in the current government. In this light, it can even be seen as a pre-emptive strike by Johnson for a general election, as this move positions the Conservatives even stronger as the party that just wants to “get on with it” and “deliver Brexit”.

“If Johnson indeed sees a GE as unavoidable and estimates he can win a Conservative majority on the back of a “politicians vs. the public” agenda, he may have just pulled a genius move by having the Labour party work for him. Additionally, this move runs down the clock on the available time for renegotiations with the EU, which can be a negotiation tactic by Johnson to push Brussels to make further concessions.

“Sterling’s sensitivity to political headlines may meanwhile only stand to increase as the prospect of a general election may force all parties to be more clear about their Brexit stances. Just like with the original EU-referendum, we may be up for another fixed-date event with a more clear binary option.”