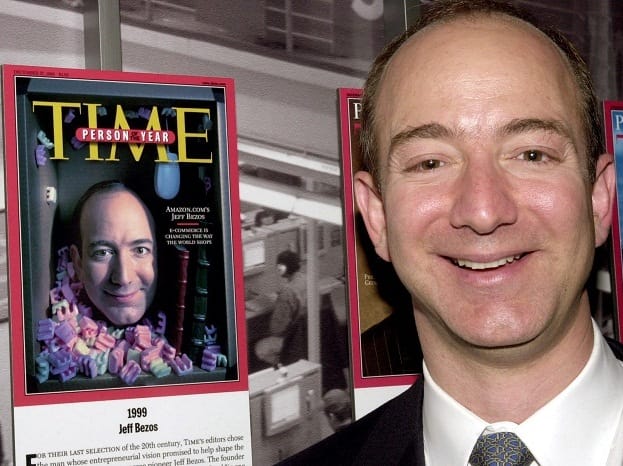 Amazon boss Jeff Bezos has snapped up the Washington Post for $250m (£163m), it was announced yesterday. He has bought the paper in a personal capacity.

Bezos is estimated to be worth $25.2bn (£16.3bn), making him the 19th richest man in the world. Last year, Amazon, the world’s largest internet retailer, reported sales of $61bn.

The newspaper, best known for its investigation of the Watergate scandal that led to the resignation of President Richard Nixon, has seen readership of its print editions decrease over the last decade. In 2002, the broadsheet’s paid weekday circulation averaged nearly 768,000 copies. Last year, it had dropped to just under 481,000.

“The internet is transforming almost every element of the news business: shortening news cycles, eroding long-reliable revenue sources, and enabling new kinds of competition, some of which bear little or no news-gathering costs,” Bezos wrote in a letter.

He went on to say that he will would keep his “day job” as Amazon CEO and ensure that the Washington Post’s values will not change.

“The paper’s duty will remain to its readers and not to the private interests of its owners,” he said in his letter to Post employees.

“We will continue to follow the truth wherever it leads, and we’ll work hard not to make mistakes. When we do, we will own up to them quickly and completely.”

Washington Post has been owned by the Graham family since 1933. Katharine Weymouth, a member of the family and the publisher, will retain her position.

“Mr Bezos knows as well as anyone the opportunities that come with revolutionary technology when we understand how to make the most of it,” she wrote in a letter to readers.

Ten tips to trump your rivals from Donald Trump