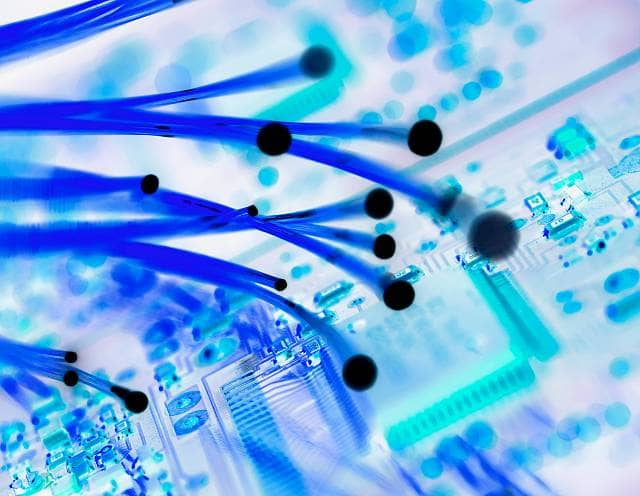 Is the UK’s broadband infrastructure fit for business?

Bold claims are being made about broadband coverage but do they stack up?

Culture Minister Matt Hancock recently declared that 95% superfast broadband coverage has been achieved. In addition, the Government says that by 2020 everyone will be getting 20mbps downstream speed.

Openreach has announced an increase of 50% in the number of homes it plans to connect with more reliable and ultrafast fibre-optics by 2020 – taking the total to three million.  The first three million homes, of which around 500,000 new builds are already connected, will be spread across Birmingham, Bristol, Cardiff, Edinburgh, Leeds, Liverpool, London and Manchester.

As always there are lies, damn lies and statistics.

Firstly the 95% relates to all properties business and domestic. It hides the fact that businesses are far more likely, than residential, not to get superfast broadband. In fact, up to a third of business parks and city centres were discriminated against by BT in favour of residential areas – to help sales of BT Sport.

Secondly 20mbps is unlikely to be adequate for most people’s needs by then. For example, a 4K film requires a minimum of 25mbps to stream.   The current EU proposals say 30mbps is a minimum, and that is likely to rise. Ultrafast Fibre to the Premise (FTTP) offers speeds of 110 to 300mbps down and would be suitable for any home and a significant majority of businesses. BT’s target of 10% of premises, i.e. just 3 million premises by 2020 will get us to the average other EU countries achieved in 2016, and BT’s 2025 target would mean we wouldn’t even reach the 50% that Lithuania has today.

So, what do you do if you are one of those 1.5 million properties that will not even see superfast until 2020?

This was recently illustrated by a South London business wanting to swap city life for the rural idyll of Mid-Wales – taking the business with them and continuing to operate as usual. The new location can only get 1mbps down on a standard broadband. There is of course no Fibre to the Cabinet and a dedicated data circuit would have cost them more than a £1,100 a month.

What were the options – apart from a bank loan for a dedicated circuit?

With such slow speeds the business could potentially have been eligible for a grant towards the cost of satellite Internet.  You need speeds of 2mbps or less to qualify for the grant although not all councils offer them. A business grade satellite service will give you up to 20mbps, although it will probably average around 8-9mbps.  The issue with satellite is the amount of data that can be downloaded for an affordable price.  It certainly limits the ability to use Netflix and other streaming services, as one hour of video uses about 1GB of data.  Services with 50GB are available for about £100 a month, so if you are going to watch two hours of TV, five nights a week (on average) then you’ll use around 40GB – not leaving much for your business.

The solution in this case, and in an increasing number of areas, is 4G.  The cost of data is falling and 100GB download allowance services are now available on monthly contracts at a price point below satellite and with greater speeds.  This was the case in the rural Mid-Wales location.

The business opted for 4G and combined it with moving their London landline number to a VoIP app that works over 4G – meaning they can satisfy their communication needs, both personal and business, at an affordable price. Plus, they can keep their London number which makes the transition much easier.

In this case, they were fortunate that two of the four carriers offered coverage, but this is not always the case.  The Government could help by insisting that mobile networks allow free roaming in the UK – as you do when in Europe.   They backed off doing this in 2014 – instead giving the mobile networks three years to improve.  The networks failed to improve but the Government is yet to revisit this.

In summary, for the next few years broadband will remain a post code lottery. Targets for the future need to be raised significantly if the UK is to remain competitive.