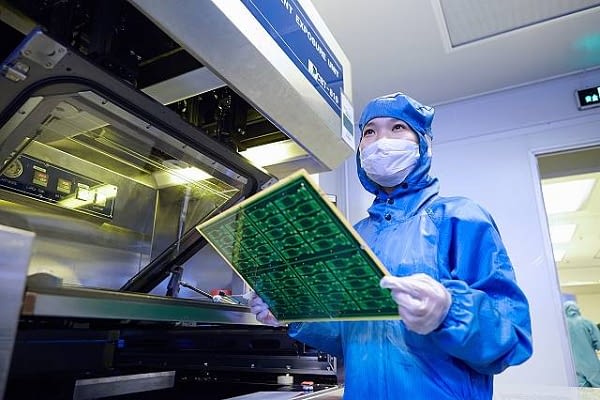 Times of crisis have always proven to be catalysts for change, advancement and improvement. It’s no different with COVID-19, with impact enterprises and social innovation well positioned to help those in the most underserved communities.

At the beginning of 2020, the growing awareness that a crisis was coming culminated in the World Health Organisation officially declaring COVID-19 a global pandemic. The reality then faced by Governments, health organisations, researchers and businesses is that the world was not equipped for a pandemic on this scale. In other words, things needed to change fast.

How social innovation is creating change where it’s needed most
Around the world, social innovation and impact investment has been targeting areas that would otherwise have fallen through the cracks. A surge in tech-based solutions for everything from healthcare to finances, infrastructure to food security have been saving lives.

The impact of COVID-19 is devastating. It’s also unbalanced, with disenfranchised communities hit the hardest. In other words, social inequalities that existed before the pandemic have been exacerbated by its effects. At the time of writing, the global death toll stands at more than 2.3 million.

With many countries still very much in the midst of the crisis, and new variants of COVID-19 creating fresh waves, it can be difficult to see the silver lining. But before us all is an unprecedented period of learning and opportunity. At the same time as humanity responds to the immediate impact of the crisis, we must work to build back a finer, more resilient, inclusive and sustainable society for everyone.

Social innovation is the key to finding a way towards transitioning to a better future. This means, not only innovating brand new responses to problems caused by COVID-19, but adapting the culture, talent, innovation and systems that were already in place before January 2020.

COVID-19 is the type of global health crisis that throws into stark relief just how existent health systems are failing to help those who need it most. So the crisis must be a time for innovation to find radically different, durable and effective systems that do work for everyone in an efficient, effective and humane way.

The disparities between wealthier countries and the world’s poorest is still clear in 2021. We are now at a time where several vaccines have been developed and the rollout has started. However, more than half of the doses available have already been snapped up by richer countries. Experts believe that the poorer nations may only be able to vaccinate less a fifth if their people by the end of this year.

There are both moral and economic reasons why this could be disastrous in the fight against COVID-19. A study from a team of economists from Harvard, the University of Maryland and Koc University in Turkey have published a study showing the imperative behind global access to vaccines. They found that the cost to the world of unequal administration of vaccines could reach $3.8 trillion. On the flipside, the cost of just vaccinating one fifth of the global population of the most vulnerable would cost less than $40 billion. This is exactly what the World Health Organisation’s (WHO) COVAX initiative aims to do.

Rectifying inequality through technology and grassroots action
This inequality must be tackled by social innovation, entrepreneurs, and judicious use of the technology available. And this means it must be supported by Governments and world leaders. However, history tells us this is unlikely and waiting for a top-down approach rarely works. Instead, social innovation initiatives start organically at grassroots level and aim to help the local communities. This then improves local economies and frees people to help themselves.

What kinds of innovation are setting this path to social transformation? Technical innovation is hugely important, of course, in terms of fast tests, diagnostics and a more coherent and fair approach to the vaccines available. But social innovation also plays a major role in response efforts on the ground.

Social innovation isn’t new within the health sector. If we look at our global history, there are endless examples of innovators and social reformers who led the way towards hope during the darkest health crises. From the development of transformative surgery for those maimed in the First World War to the eradication of smallpox, brave experimenters and reformers pushed onwards.

And in 2021, the Social Innovation in Health Initiative (SIHI – a global network of institutions organisations and individuals advocating for social innovation), is growing all the time. It pulls together hundreds of social innovation initiatives across the world, concentrating on countries that are battling a lack of resources, money and infrastructure. They have identified these initiatives right at the frontlines of health needs, all of which were triggered by systemic failures to provide a healthcare infrastructure that prevents people from accessing healthcare.

Building on the success of pre-pandemic social innovation
SIHI began identifying these initiatives in 2014, and many will have provided the infrastructure for helping people through the pandemic. For example, in Liberia Last Mile Health is a community health worker platform at grassroots level to get healthcare to those who are most at risk. Or over in the Philippines, the Inter-Island Health Service Boat Project transports women from remote villages to the main birthing facility in the region.

These were in place before the pandemic but provide a framework of examples of the initiatives that are springing up to deal with COVID-19. There are, of course, other sectors that are also proving an incubation for social enterprises. For example, iWorker has become a lifeline for many during the pandemic, helping African and Latin American people earn fair wages working for companies based in Canada, the US and Europe.

These are part of a massive network of similar initiatives that cross borders through technology, use people on the ground to make a difference in local communities and fill the void that a lack of infrastructure leaves. However, social innovations usually must function with the Government’s systems, whether that’s public health or financial. People are proving this is possible, even in the most unlikely of regions.

For example, in Malawi, the Chipatala Cha Pa Foni began as the brainchild of a young Malawian. It was then implemented as a partnership between a non-governmental organisation (NGO) called VillageReach, a private company called Airtel and the Malawian Government’s Ministry of Health. This social innovation has become a major part of the national response to COVID-19 in the form of a national nurse led health information call centre. It offers healthcare and advice for free to every citizen.

This example of a social innovation becoming embedded within an existing health system shows the creative reach of these kinds of initiatives. By flexibly working with what was there, this initiative became an important bridge between the people, the private sector and the Government. Crucially it has unlocked resources that have simply been unavailable to all.

Unleashing the potential of local communities to create transformation
Community led, and citizen directed social innovation as a direct response to COVID-19 shows the breadth of this movement. Initiatives don’t just fill service gaps and plug holes in infrastructure, they fundamentally alter the power dynamics within communities.

Learning from previously existing social innovations has led citizens to step up and lead from within their communities and households. A good example of this is the establishment of Community Action Networks in Cape Town, South Africa. These were implemented and organised by citizens themselves to help communities in the face of COVID-19.

Social innovation supports and allows this kind of action to be taken from the bottom up. Its roots are in participation, action and inclusivity and unleashing the power of communities to find ways through this crisis.