Venture Capital (VC) investment in the UK gained strength in Q2’18, propelling it back to the top of the VC market in Europe according to Venture Pulse Q2 2018, a quarterly reporton global trends published today by KPMG Enterprise.

A total of £1.55 billion ($2.06 billion) of Venture Capital was invested in UK businesses across 244 deals in Q2 with late-stage financings responsible for the majority of the capital invested. This compares to just over £1.1 million ($1.5 billion) invested in Q1 of 2018.

The UK accounted for six of the top ten European deals done in the last three months, including Revolut (£188 million), Freeline Therapeutics (£90 million), CMR Surgical (£75 million), Liberis (£61 million), Culture Trip (£60 million), and Crescendo Biologics (£53 million).
In Europe, a total of £4.2 billion was raised across 631 deals but London-based companies attracted the most capital with Q2 witnessing the third-highest quarterly sum of VC invested ever within London, against a backdrop of a slowly diminishing number of Venture deals closed.
Commenting on the figures, Patrick Imbach, Head of KPMG’s Innovative startup practice said :

“Hot on the heels of a blockbuster 2017, the UK is still seeing very healthy sums of VC invested as investors continue to feel under pressure to deploy funds, which in turn is driving a higher investment volume and higher valuations. The continued uncertainty in the macropolitical and macroeconomic environment does not appear to be substantially hampering appetite for investment in UK startups. Despite a trend in the number of deals continuing to drop, not only in the UK but also in Europe as a whole, we can see that investors are still focused on later stage investments in businesses with a proven track record and market traction.

“We are seeing new groups of companies emerging, in particular AI first and blockchain businesses. These have kicked off new VC life cycles with increasing venture rounds to come over the next few quarters and years. Already now, AI businesses are raising solid early- and mid-stage funding rounds. Subject to successful R&D and commercialisation, they will surely attract even more funding going forward.” 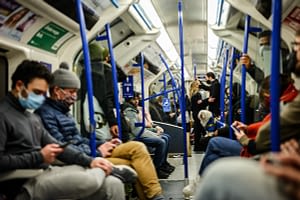