Home Business NewsBusiness Inflation on the menu this Christmas: festive dinners up 19% for vegetarians and 11% for a turkey meal since last year 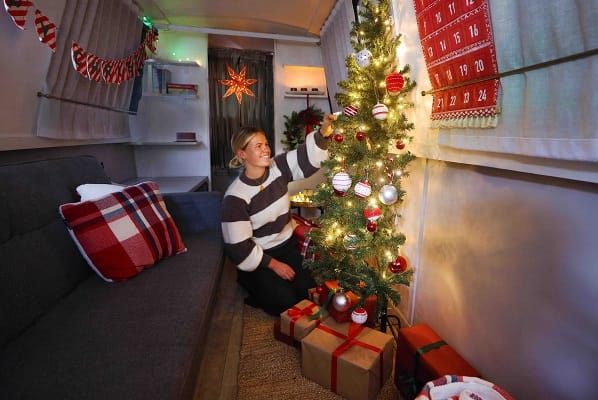 Inflation on the menu this Christmas: festive dinners up 19% for vegetarians and 11% for a turkey meal since last year

The cost of Christmas dinner has gone up by 19% for vegetarians and 11% for a turkey meal compared to last year due to a surge in food prices and rampant inflation, new analysis from interactive investor, the UK second largest investment platform for private investors, finds.

The Christmas turkey Crown is organic – a treat for Christmas. But while we’ve gone for some ‘Tesco finest’ and other Christmas treats like goose fat, we’ve also mixed it up with some basics. We believe it is not unusual for shoppers to mix and match from different ranges, depending on their tastes/priorities and budgets.

Comparing the prices of the goods in our inflation shopping basket from the festive period in 2021, interactive investor’s analysis found the price of organic turkey rose by 5.3% or £2.25 to £45, while the nut roast option for vegetarians and vegans has gone up by 27.3% or £3 to £14 for two nut roasts (enough to feed a family).

The prices of Christmas dinner trimmings have seen the largest percentage increases – albeit from lower price points. Parsnips and sprouts prices have risen by 226% and 150%, respectively, from the previous year. Maris piper potatoes are up 30%, the cost of goose fat they are often cooked in is up 43% and organic carrots are up 15%.

However, not every component of Christmas dinner is more expensive. The cost of our example Christmas pudding has remained unchanged, but the same double cream in the Christmas shopping basket in 2021 has gained 12.5% in price. The gluten free ‘free from’ chocolate sponge option has risen by 4.2%.

After dinner nibbles have also risen, with a pack of four mince pies up 28% and after eight mints up 67%. The cost of cheese has increased too: Tesco’s ‘finest’ brie is up 18% and its ‘finest’ gruyere is up 17% from the previous year.

When it comes to drinks, cost of Tesco’s finest merlot red wine remained flat, but the non-alcoholic option, Shloer, rose by 9.1%.

More broadly, recent data by data analytics firm Kantar revealed that supermarket inflation in the UK hit a record 14.7% in October, driving up the average bill by £682 per year.

Commenting, Myron Jobson, Senior Personal Finance Analyst, interactive investor, says: “At many Christmas gatherings this year, inflation will be on the menu.

“High energy costs, labour shortages and even challenging weather conditions have combined to push up the cost of Christmas dinner, with the trimmings seeing the biggest percentage increases. Even the pack of four mince pies has gone up by 28% over the space of a year. But in pounds and pence terms, the proteins are still the most expensive part of the meal.

“The veggie nut roast option in our inflation basket is 27% or £3 more expensive than it was last year. In comparison, despite pressures from rising energy prices and the increase cost of turkey feed as a result of the Ukraine war and the avian flu outbreak, the cost of our organic turkey pick has risen by 5.3% or £2.25. This could suggest that some supermarkets may choose to absorb the heightened cost burden to attract custom at a time when many people are tightening their belt amid the cost-of-living storm. Some stores, like Iceland, haven’t raised prices on several of equivalent good from our shopping basket.”

“The rising cost of Christmas dinner is difficult to digest at a time when we are paying more in seemingly all areas of expenditure from household energy to spend at the nation’s forecourts to fuel our cars. Low-income households spend a greater portion of their incomes in food, so the price rises are set to hit them particularly hard.

“Not everyone tracks their receipts in as much depth as we did, but hopefully this serves as a good reminder that we all have our own, relative, inflation number. As such, when evaluating your spending habits, you must look at what makes sense for you.

“Many people won’t want to scrimp on the big festive meal, but it is important to live within your means to avoid a post-Christmas debt hangover. Some families will eat what they want on Christmas and make adjustments elsewhere in their budgets, while other might try to cut their food bill by shopping at discount supermarkets or switching to less-expensive store brand alternatives.”