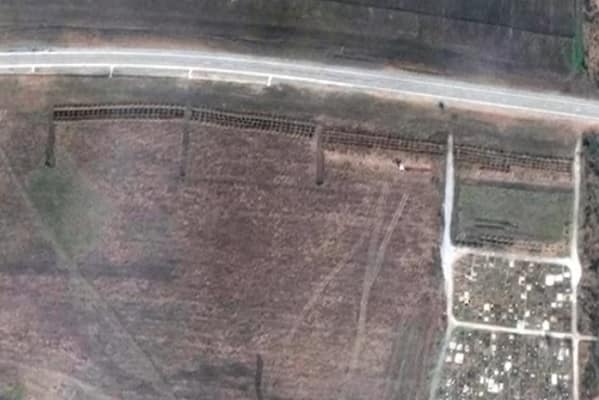 A top human rights lawyer has said that Vladimir Putin has given his troops “tacit permission” to use “rape as a weapon of war” as the evidence gathered so far shows Russian forces committing “serious offences of a grievous kind” against civilians.

Baroness Kennedy is part of a legal taskforce who are building war crimes cases against Russian troops who have raped, tortured and executed innocent Ukrainian civilians.

She told Sky’s Sophy Ridge on Sunday programme, “One of the things is that a change has taken place internationally in the recognition of rape as a weapon of war and what that means is not that an instruction is given from the top to go out there and rape citizens, women and girls and anybody else, but it’s about the sort of tacit permission that’s given.

“(It’s) the way in which no-one is brought to book or called into line or disciplined and so that gives an immunity to soldiers on the ground they know that this is permissible.

“So what we have heard, and evidence is being gathered, is that serious offences of a grievous kind have been committed against citizens, against women and girls and that’s a new thing, in recognition and in investigating and in making sure that it properly reported.”

Baroness Kennedy added, “There are many crimes, we’ve witnessed them on our news: bombing residential areas, bombing hospitals and orphanages, the business of bombing the theatre where it was quite clear that citizens, civilians, were in hiding and the word children was plastered on the ground so any aerial bombardment could see what they were dealing with and yet they bombed that place to smithereens, those are crimes.”

The top human rights lawyer was asked about the possibility of prosecuting Putin himself, she said, “That is always more difficult until you have victory by Ukraine and the aftermath of that, it’s very difficult to bring leaders to justice.”

“I think we’re looking carefully at what the steps would have to be but we’re long way from that.”