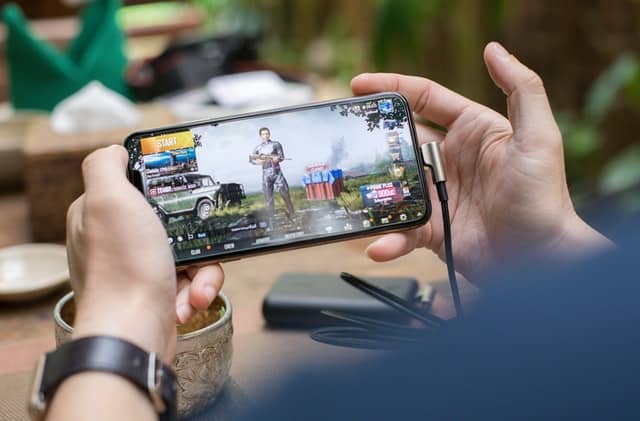 How is AI used in online gaming?

Artificial Intelligence, or AI as we all know it, has been used in video games since the 1950s. In most cases, game developers use AI to make intelligent behaviour in non-player characters or NPCs for short.

AI is crucial here as it makes everything that happens to the player seem more natural and less designed and orchestrated. From the ghosts in Pac-Man that were able to move around and follow the player, all the way to NPCs that can respond to your actions and queries like real human beings, AI has truly revolutionized gaming.

In most cases, AI has been integral to regular video games in which millions of dollars are invested today. However, it has been instrumental in online gaming as well. And its application in this sphere of gaming will only increase in the years to come.

So, with that in mind, let’s look at how it’s being used now and what we can expect in the near future, as you are likely unfamiliar with all the wonders AI does for online gaming.

Procedural generation is AI technology that does what its name suggests  — it can procedurally generate a player’s surroundings. This is what is done in the popular sci-fi title No Man’s Sky. Entire planets and worlds are generated as the player moves through the universe.

The best part here is that the AI enables the game’s universe to be effectively endless due to the sheer number of worlds it can create. In other words, no player can hope to explore it all no matter how long they play the game.

This technology is used in other titles as well, and it will only get better over time. Game developers could create entire multiplayer online games with procedural generation. Nvidia has already shown us how AI can generate graphics in a video the company showcased back in 2018.

AI can sometimes seem detrimental to online gaming, like in the case of Facebook’s Pluribus. Together with the help of a team from Carnegie Mellon University, the company has managed to create a poker AI that was able to play no-limit Texas Hold’em like an actual human.

The company tested the AI on several human players who have won numerous million-dollar prizes and World Poker Tour titles. The AI bot managed to win more hands than all of its opponents. The bot played more than 5,000 hands in this study and another 10,000 in a different one, consistently winning more than the human players. The bot was even able to bluff successfully.

Naturally, many have stated that the Pluribus bot and others like it would be the death of online poker, but don’t worry, poker in UK is still a thing, just as it is in all other countries throughout the world.

The AI hasn’t been used to destroy online poker, and Facebook will only use it to improve gaming in general in the years to come. Plus, it represents a big step forward for AI in online multiplayer games, as Pluribus has shown that AI can be incredible with strategic thinking, on par with humans.

Machine learning is just one part of AI technology, but it’s used in games today for many things. For example, it’s used in online games like StarCraft, Minecraft, and Doom to compete with players, as it allows the bot to learn and become stronger and tougher to defeat, becoming a real challenge for the player.

The technology is also used in online gambling. Bigger online casinos are experimenting with ML to offer a better gaming experience. The Danish Lottery has already used machine learning to provide valuable insights into gambling behavior and potential frauds.

Many online games and gambling sites have massive player bases, and their customer service teams can rarely respond to everyone in time. That’s why AI is already being used to solve players’ problems without involving humans at all.

Many simple problems are easily fixable by chatbots who can respond to common queries effectively, with the player barely noticing that they are dealing with an AI.

This technology will only get better in the future, just as it will get better with everything else we covered in this article. And, of course, you can expect AI to be implemented in online gaming in many other ingenious ways that will only make the whole experience better for everyone involved.