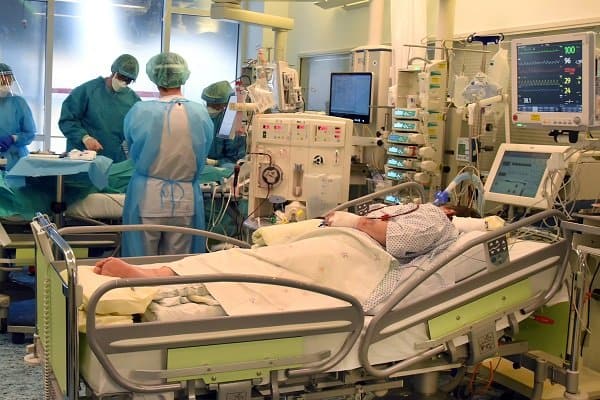 A NHS hospital has banned visitors due to a “significant” Covid surge and they have many wards or bays unable to take new admissions.

A Royal Cornwall Hospital spokesperson said, “Over the last few days there has been a significant increase in the number of people in hospital who are Covid positive.

“Although the vast majority of the 85 people have been admitted for another reason, it means we have many wards or bays unable to take new admissions.

“As a result, we have had to take the difficult decision to suspend all visiting with immediate effect. This includes visits planned for later today and through the coming weekend.

“Exceptional circumstances, including end of life care, will be considered compassionately on an individual basis.

Deputy medical director at the Royal Cornwall Hospitals Trust, Dr Gill Derrick, said: “The vast majority of patients with Covid, which remains at over 80 across our acute and community hospitals, are being admitted for other reasons.

“Although all patients are tested on admission, we are finding many have been unknowingly carrying the virus.

“When a Covid test later in their admission then proves positive, it means we must close a bay, or in some cases a whole ward, for at least 10 days.

“This has a big knock-on impact for patients waiting for admission and ultimately ambulances waiting to hand over their patients. It’s very similar to the effect we saw when norovirus affected our hospitals in the past.”