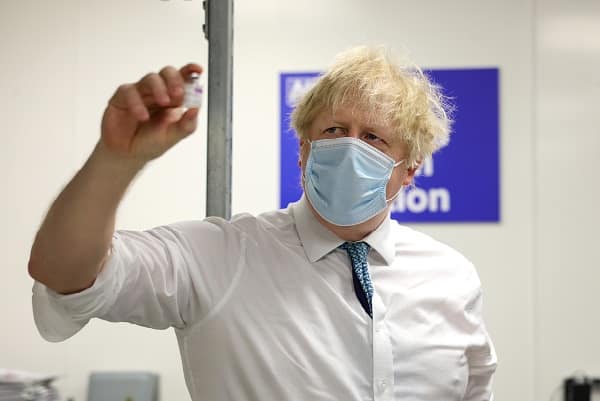 The Prime Minister has announced during a press conference that by early autumn a home Covid pill to reduce symptoms could be rolled out.

Boris Johnson said the new antivirals taskforce is set to be launched which will “supercharge” the Uks effort to combat the virus whereby people can take medication from home, which will reduce pressure from the NHS.

Scientists are loooking into the new antiviral treatments to “stop Covid in its tracks” by offering a pill form available online by the end of 2021.

Johnson said, “The UK was the first country in the world to pioneer dexamethasone which has saved a million lives globally and today, we’re creating a new antivirals taskforce to search for the most promising new medicines and support their development through clinical trials with the aim of making them safely and rapidly available as early as the autumn.

“This means, for example, that if you test positive there might be a tablet you could take at home to stop the virus in its tracks and significantly reduce the chance of infection turning into more severe disease.

“Or if you’re living with someone who has tested positive, there might be a pill you could take for a few days to stop you getting the disease yourself.”

The Government’s chief scientific adviser for England, Sir Patrick Vallance, said, “The speed at which vaccines and therapeutics such as dexamethasone have been identified and deployed against Covid-19 has been critical to the pandemic response.

“Antivirals in tablet form are another key tool for the response.”