CLICK HERE TO WATCH THE FULL VIDEO
Home Business NewsBusiness HMRC paid informants over £343,000 for intelligence on tax evasion in the last year 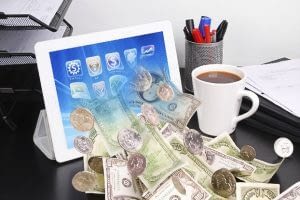 HMRC paid informants over £343,000 for intelligence on tax evasion in the last year

HMRC paid informants more than £343,000 in 2017/18 for providing information on potential tax evasion as HMRC goes to increasingly extreme lengths to bolster its investigations, says RPC, the city-headquartered law firm.

RPC says that whilst tax evasion should of course be tackled, there is a risk that payments, some of which may be substantial, to informants could encourage data theft especially by disgruntled ex-employees who may have an axe to grind against their former employers.

HMRC also receive information from spouses during divorce proceedings, who provide details to HMRC in relation to their spouses often after financial negotiations have broken down.

RPC adds that there is a risk that an informant attracted by a large cash incentive might pass on misleading or incorrect information against former employers and spouses. This could lead to innocent individuals being subjected to invasive and unnecessary investigations.

Adam Craggs, Tax Partner at RPC, says: “Concerns have been raised that paying informants for intelligence on tax evasion might appear to legitimise data theft, raising both legal and ethical issues.”

“HMRC appear to be willing to utilise any information that they receive, irrespective of its provenance, as they did when they received stolen data from HSBC Suisse. It seems that as long as the data may increases the tax yield, HMRC will utilise it.”