Home Business News Germany approves a €1.7bn deal for ‘one of the most advanced howitzers in the world’ to destroy Russian forces in Ukraine 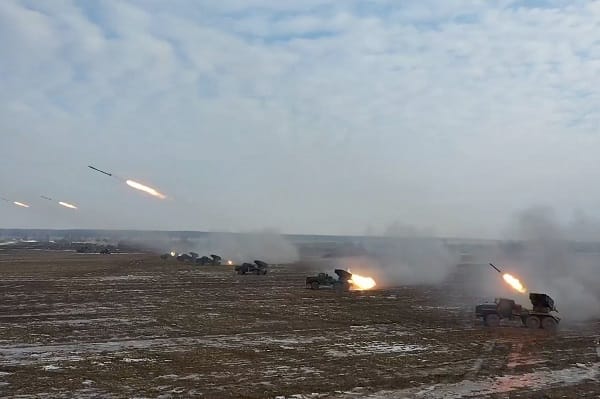 Germany approves a €1.7bn deal for ‘one of the most advanced howitzers in the world’ to destroy Russian forces in Ukraine

The German government has approved the sale of Panzerhaubitze2000 howitzers by the German company Krauss-Maffei Wegmann (KMW) to Ukraine.

Der Spiegel reported, “According to Spiegel, the federal government has approved the sale of 100 modern self-propelled howitzers to Ukraine.

“Back in April, Ukraine asked KMW to purchase howitzers directly from the manufacturer. KMW immediately submitted a corresponding proposal.”

KMW confirmed the arms deal and company spokesman said they filed an application with the economic department on 11 July and then received a production permit just two days later. The representative named the budget for 100 self-propelled howitzers at €1.7bn

KMW plans to start production immediately, but it is not yet known when the first howitzers will arrive in Ukraine to fight against Russian forces.

It is expected that production of all howitzers is designed for several years, so the main concern is the long-term strengthening of the Ukrainian army.

Panzerhaubitze2000 can shoot at 30-40 km, depending on the ammunition used and they are considered to be one of the most advanced howitzers in the world and can fire up to 10 rounds per minute.

The Defense Minister Christine Lambrecht, Ukraine promised the federal government before the delivery that it would not attack any targets in Russia with weapons from Germany.