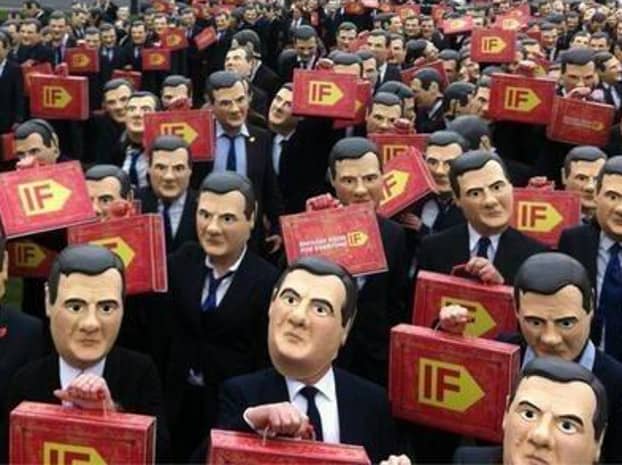 Chancellor George Osborne has until now resisted the urge to join social networks, probably fearing the barrage of hilarious attacks that would follow his arrival.

However on this fateful Budget 2013 morning, which by all accounts will be a rather bland affair, Osborne has finally taken the bold step of joining Twitter.

Mere hours into his Twitter career, with just one tweet down and with no news about the Budget out as yet, the jokes have already started to roll in.

Here are some of our favourites to date. But in the true mood of covering the budget live – this is 2013 after all – we promise updates through the day. #keepitcoming

And, well, he was right…

[email protected]george_osborne to cut tweets to 135 characters by 2015 except for people with +200K followers. We don’t want to drive them abroad #budget

Most of the things being said can’t be repeated here, although we do suggest checking out a charming little hashtag #suitcase followed by a word rhyming with banker…

On a lighter note there has been a PhotoShopped pic showing some rather poor maths skills:

And some very encouraging words for all those young people (and people in general) out there worrying about not getting a job or losing one following the Budget announcement:

@george_osbornereally does give me hope for the future – he’s evidence that you don’t need to be any good at a job to get it.

And take pity on one particular young person, who is likely not getting paid and is having to put up with a whole day’s worth of the #suitcase… banker invention…

Coming up next on Tony Robinson’s The Worst Jobs in History: @george_osborne’s social media intern.

Or maybe the young lad or lady could be seeing the lighter side of life too?

@george_osborneHi to the intern who has to read all the great replies to Gideon’s first tweet.You’re laughing inside as well aren’t you?

After all, it does sound like ol’ G Dawwwg has some smooth sayings, so you know he’s from the streets yo. Ignore the bland office pic, him and J-Lo have been prepping all morning.

RT @george_osborne What do you do if the economy’s stuck? Budge it! BOOM!!! Osbo’s in da house y’all!

Not that the masses are biting.

With hours still to go before the big B-day announcement, how will this brave adventure into the wicked world of social media fare? As we said… more to follow post-Budget-ageddon 2013.

Follow our live coverage of the Budget 2013 all day on LondonlovesBusiness.com.

Cameron joins but can he conquer the Twittersphere?