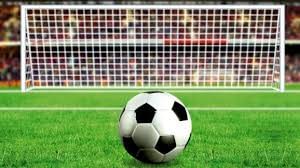 Football clubs could score own goals with tax obligations

BDO’s 2018 Annual Football Directors Survey shows that 40% of football clubs are somewhat uncertain about complying with tax obligations given the pace of change of HMRC enquiries – compared to 22% in 2017 and 10% in 2016. Since 2016, there has also been a drop in confidence amongst football clubs regarding their tax affairs, with 51% in 2018 compared to 73% in 2016 saying that their position is robust and defendable.

Despite this and HMRC’s announcement in 2017 that it had initiated a specific football compliance programme, this year only 4% of clubs are somewhat concerned that a sizeable challenge could create a problem, compared to 18% in 2017 and 14% in 2016. Just 19% of clubs say they are concerned about HMRC’s plan to visit clubs over a three year period.

Commenting on the Survey and the targeting of tax reviews on football clubs, Dawn Register, Partner, Tax Dispute Resolution at BDO, said: “Over the last few years, HMRC has stepped up its compliance activity and it has been more vigilant in its targeting of complex salary structures. The results of the survey show a mixed response to this. While there has been a rise in uncertainty amongst clubs about the liabilities they could face if they don’t comply with tax obligations, perhaps due to the number of club investigations that do not appear to have developed further, there has been a fall of 16% in the last year of those that believe a significant challenge will create an issue for the club. Furthermore, the majority of respondents are not concerned about the prospect of a visit from HMRC.

“There seems to be a general acceptance across the industry that HMRC has and will continue to put compliance at the forefront of its activities in relation to football clubs. With the Common Reporting Standard in full throttle and the ‘Failure To Correct’ penalty regime due to come into effect from 01 October 2018, they would have been mindful for some time now that HMRC will be even more interested in any offshore banking arrangements, international player transfers and offshore image rights.

“The data HMRC will receive in respect of offshore affairs could inform enquiries into football finances given the large number of foreign nationals playing in the EPL. With this in mind, it is important that football clubs continue to ensure their internal compliance and tax policy is robust.”