Home Business NewsBusinessAviation News Flying to Portugal could still be ‘illegal with Brits facing a £5,000 fine’ each 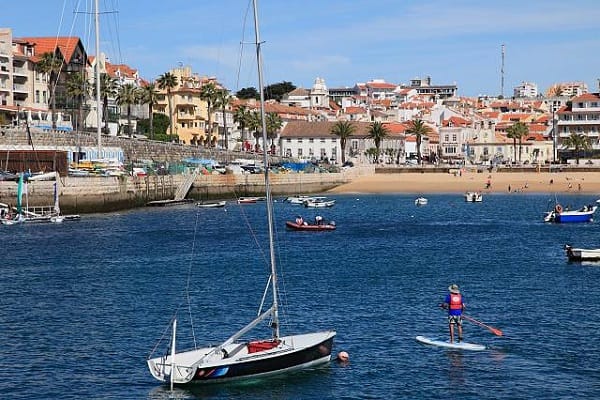 Flying to Portugal could still be ‘illegal with Brits facing a £5,000 fine’ each

The British government has placed Portugal on to the green list meaning Brits are allowed to travel from the UK.

However, British Airways (BA) has warned passengers that it could be illegal to fly to Portugal from 17 May and face a £5,000 fine as both the British and Portuguese government’s have not updated their official travel guidance.

Currently the official advice is that you can only fly to Portugal for essential travel only, which could affect thousands of Brits who have already booked flight tickets.

Passengers who have booked flights from Heathrow to Faro were sent a message, which was seen by The Independent.

BA warned passengers, “You can only travel internationally from England for legally permitted reasons.

“This does not include holidays.”

More confusion has been added as BA said that passengers must fill out a Declaration to Travel form, despite being axed from 16 May.

Any passenger failing to fill out the travel documents can receive a £5,000 fine and can even be arrested.

The BA message added, “You may be required to show the form at the port of departure.  It is an offence to enter a port of departure or embarkation point without a properly completed form if you are travelling internationally. Some job-related exemptions apply.

“You may be issued with a fixed penalty notice and directed to return home if you do not have a valid reason for travel.”

Paul Charles, founder of the PC Agency consultancy, told MailOnline, “I think you will see a big rush on flights to Portugal because there are hundreds of thousands of Britons with second homes in the country as well as France and Spain.

“Many won’t have visited for more than a year and will be desperate to get away from the UK. Others may want to see family abroad.

“They could drive across and then sit tight until the end of June when those countries are expected to go green [list].”

Under the current legislation Brits are only allowed to fly to countries for essential reasons, such as having a second home to conduct “urgent repairs” or “preparing for a sale.”