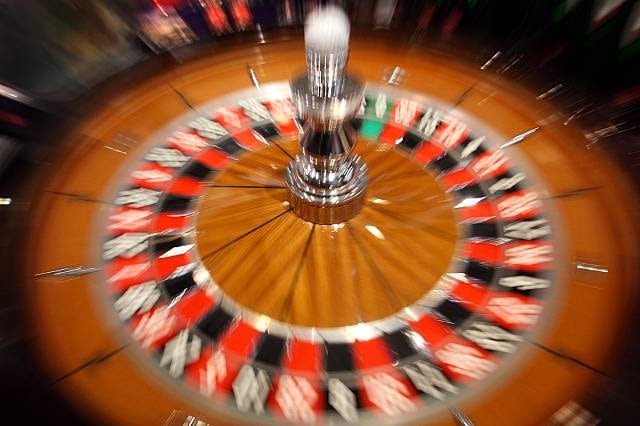 Humans have been gambling and placing wagers for millennia. Some cultures regard gambling as an essential part of their culture and readily encourage it. Historians have archeological evidence that dice were used in Ancient Egypt around 3000 BC, and a type of lottery was played in ancient China in 2300 BC!

Later on, the Chinese began to employ the use of playing cards in the 9th Century, and the game of baccarat was played in both Italy and France in the earlier part of the 1400s.  As for casinos, we now know that it is likely that the first casinos were established sometime in the 17th Century in Italy, and some old casinos are still in operation today.

Many people imagine that such establishments must be located in places such as Las Vegas or Atlantic City where you can play slots and other favorite casino games, but when you go back centuries you have to look outside of the US. Here is a list of the five oldest casinos in the world in some lesser-known places and where you can still go and play today.

The tiny principality of Monaco is the home of one of the oldest, most prestigious casinos in the world.  First established in 1856, the Casino di Monte Carlo, otherwise known as the Grand Casino is where many of the wealthiest people in the world come to place their bets to this day. You may have caught a glimpse of this casino while Agent 007, James Bond placed his bets against his adversaries in the movie, Casino Royale.

This gambling hot spot made its debut as a full-fledged casino a little over 20 years before Monaco’s Grand Casino. Both destinations became extremely popular because gambling was deemed to be illegal in France. Well-to-do members of society and aristocrats alike traveled across the border in a beautiful building constructed in the 1820s in the neo-classical style that was popular during that period. One very famous frequenter of the Kurhaus casino was Marlene Dietrich, who declared it to be the most beautiful casino in the world.

Established under the sponsorship of the Duke of Wellington, William Crockford established the Crockford Club in 1828. Crockford, or “Crocky,” as he was known to his associates, wanted to create a place that would provide an exclusive experience worthy of the aristocratic elite.  Crockford’s Club is still regarded as one of the most elegant casinos in the world and offers a unique and superior gaming experience in London’s Mayfair District.

Originally established in 1763 is another established Old-World casino that still manages to attract visitors from around the world.  During World War I, the original structure was destroyed. After the war ended, the Casino de Spa was rebuilt in 1918. In 2003, the Casino de Spa was acquired by the Circus Casino and Spa Group, which maintains its current-day operations.  Casino de Spa offers a wide variety of casino games ranging from modern slot machines, both table and live gaming such as blackjack, poker, baccarat, and roulette. In addition, visitors can enjoy gourmet dining and entertainment in a classically elegant setting.

There is no place in the world quite like Venice, Italy. Since the Renaissance, it has been one of the most inspirational places for travelers to visit. The oldest casino in the world can be found along the Grand Canal in the Cannaregio Quarter of the great city itself. While you can likely hike there on foot, most travelers find that taking a gondola or water taxi is the easiest way to get there.

Established in the 17th Century more than 400 years ago in the year 1638, the Casino di Venezia offers slot games, poker, roulette, and baccarat for their visitors. Before or after gambling at the tables or in the comfort of your hotel room, you can enjoy gourmet Mediterranean and Venetian cuisine at the Marco Polo restaurant. Or, you may wish to experience the unparalleled elegance of the Wagner Restaurant located inside the Casino di Venezia.

Whether you are interested in playing at these classic old or if you just want to see what casino luxury looked like through the centuries, it’s well worth your time to put one or all of them on your travel itinerary.