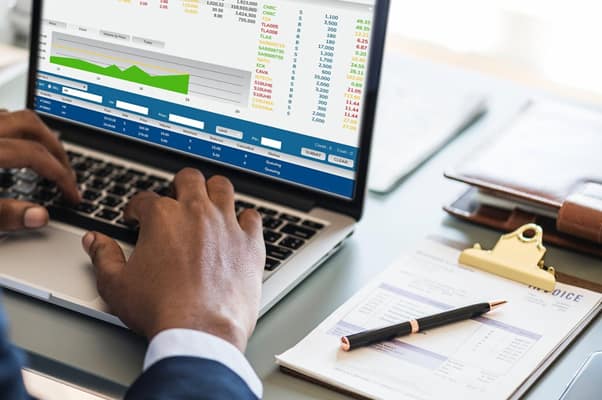 Financials on the falling FTSE 100 continue to suffer

London stocks continued down, after a negative close on a Wall Street weighed down by fears of a recession, US-China trade tensions and the possible reaction of Chinese authorities to the continuing and increasingly violent protests in Hong Kong. Investors fear that an intervention by the Chinese military, with all the associations of another Tiananmen, could reduce the already slim possibility of the US-China trade talks coming to a successful conclusion and trigger a global market sell-off.

Asian shares all lost ground, led by the Hang Seng on -1.90% and the Shanghai Composite on -0.76%, with even the Nikkei, which has proved to be more resilient in the current environment, losing -1.11%. US trading followed suit, led by the Dow on -1.48%, and with the S&P500 and the Nasdaq losing -1.22% and -1.20% respectively. The slowing global economy depressed demand for oil, which was down -0.53%, pushing investors towards safe-haven investments such as gold, which was up just over 1%, and 10-Year US Treasuries, whose yields are now approaching a three-year low.

Fiona Cincotta at City Index said: “Financials on the falling FTSE 100 (-0.32%) continue to suffer, with Schroders, Hargreaves Lansdown and Prudential all among the laggards. Schroders lost -2.69%, as outflows hit revenues, while Hargreaves Lansdown lost -2.18%, despite posting an 8.4% increase in assets, client base and net inflows of cash. Prudential was down -1.93%, ahead of the planned break-up of the group, separating the UK business from its US and Asia components.”

Leading the benchmark were a mix of companies from different sectors. Anglo-German travel group TUI was the lead performer, with its shares up 2.44%, despite a third quarter hit by Brexit-affected bookings and the grounding of its Boeing 737 MAX aircraft. Just Eat continued to perform well, gaining 1.77%, after its all-share merger with Takeaway.comFinancials on the falling FTSE 100 continue to suffer potentially creating a ‘European powerhouse’.

Sterling gained marginally against the euro (0.927 against sterling), on a mix of Brexit uncertainty, global trading fears and as the euro weakened on increased prospects of renewed political turbulence after a call for elections in Italy. Sterling remained flat against the dollar at 1.206.