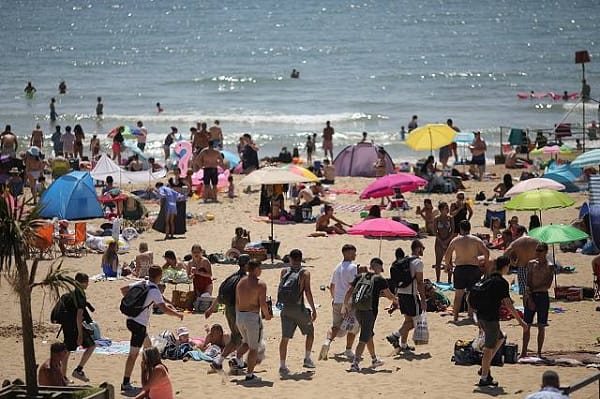 An expert has warned the UK is on a “knife edge” and the next few months will be “critical” to ensure a second peak does not happen.

Ahead of further lockdown easing next month, Sir Jeremy Farrar the director of the Wellcome Trust has warned the UK are in a “precarious” position and he is “worried” over a second spike.

Sir Jeremy said that the government along with members of the public must be clever over the next two months, to ensure the country is “ahead of the pandemic,” should a second wave hit this winter.

Sir Jeremy who is a member of the government advisory group SAGE over coronavirus warned the next few months are “absolutely critical.”

He told the BBC’s Andrew Marr show, “In truth, the restrictions started to to be lifted towards the end of May, the beginning of June, around that bank holiday.

“I would predict, I would guess, that we will start to see a few increases in cases towards the end of June or the first week of July.

“We’re on a knife edge, it’s very precarious the situation, particularly in England at the moment, and I would anticipate we would see an increase in new cases over the coming weeks.”

The Wellcome Trust director added, “Come the winter, come the reopening of schools, which is absolutely critical, we can anticipate to see rebounds and second waves.

“The question is: do you start from a very low base, like in Scotland, a few dozen cases, or maybe a few hundred cases in England, and then you’re in a good position if there are local outbreaks that you can respond locally and you can prevent the national catastrophe that happened in March and April.

“That’s the key, using June, July and August really cleverly, making sure we have everything in place and learning the lessons from February and March.”

If the country does not use the next few months “sensibly,” then there could be a “very nasty rebound” of the virus in the winter months.

Ahead of the Prime Minister reopening bars, pubs and restaurants, Sir Jeremy warned the public to be extremely “cautious,” especially around indoor “events.”

He added, “There is no zero risk in any of this. We’re not at the stage where the virus has disappeared. The restrictions have not changed the fundamentals of the virus.

“It remains the same virus.”