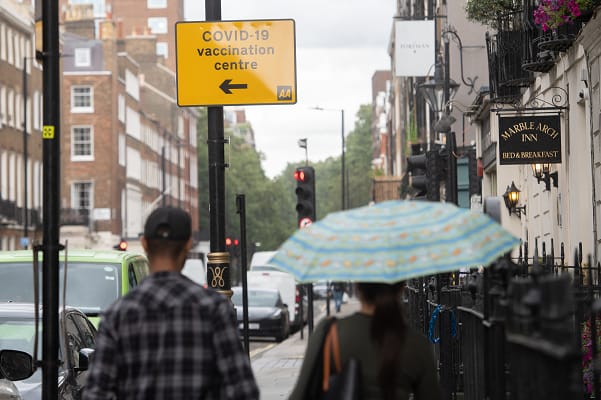 Professor Neil Ferguson, infectious disease modeller and epidemiologist from Imperial College London, has said that there is still a potential for a “large” wave of the virus to hit in the autumn.

He warned that there could be 1,000 people admitted to hospital daily and said the current rates of infections are “sobering” as we are heading into September as schools will open and mixing will increase case rates.

Despite the high number of people predicted to be hospitalised, Professor Ferguson said it is “unlikely” there will be a surge in deaths due to the successful vaccine rollout.

He added, “That’s a slightly sobering situation to be in coming into September.

“Our contact rates are about half of normal levels, and in school holidays children don’t have that many contacts.

“And we’ll be reopening schools, people will be going back to offices in September.

“So we still have the potential of quite a large wave of infection in September, October.”

On Sunday the government said there had been a further 26,750 lab-confirmed Covid-19 cases in the UK.

He added, “What we can be confident in is vaccination is protecting people against the most severe disease – so it’s very unlikely we’ll see levels of deaths, for instance, comparable with what we saw this January.

“The real question is more important, frankly, than the numbers of cases… is what does that do to NHS demand and admissions to hospitals? And in the worst-case scenarios we could be getting, probably not up to January levels, but still at levels of well over 1,000 admissions per day potentially.

“But there is a big difference – we’re not going to be stopping this way with lockdown, what it will stop with is the acquisition immunity of the population and so will naturally decline and that’s the point where we start living with Covid, where it becomes an endemic disease.”