Events sector job vacancies rocket by 172% ahead of Freedom Day

The return of large scale shows, sport and festivals has sent job postings in the events industry soaring toward pre-pandemic levels1 as England marks its ‘Freedom Day’, according to new data from the world’s largest job site Indeed.

Postings for roles in the events industry as a whole are up 172% compared to this time last year, and have risen 29% between May and July alone1.

Postings still lag 32% behind where they were in 2019, but if they continue to rise at the current pace could reach their pre-pandemic levels by November.

Roles in the events sector currently being advertised on Indeed include event managers, visitor experience managers, and event hosts at some of the UK’s major tourist attractions.  Venues are also hiring stewards, security managers, ticket salespeople, and audio-visual technical assistants as they scale up their operations. 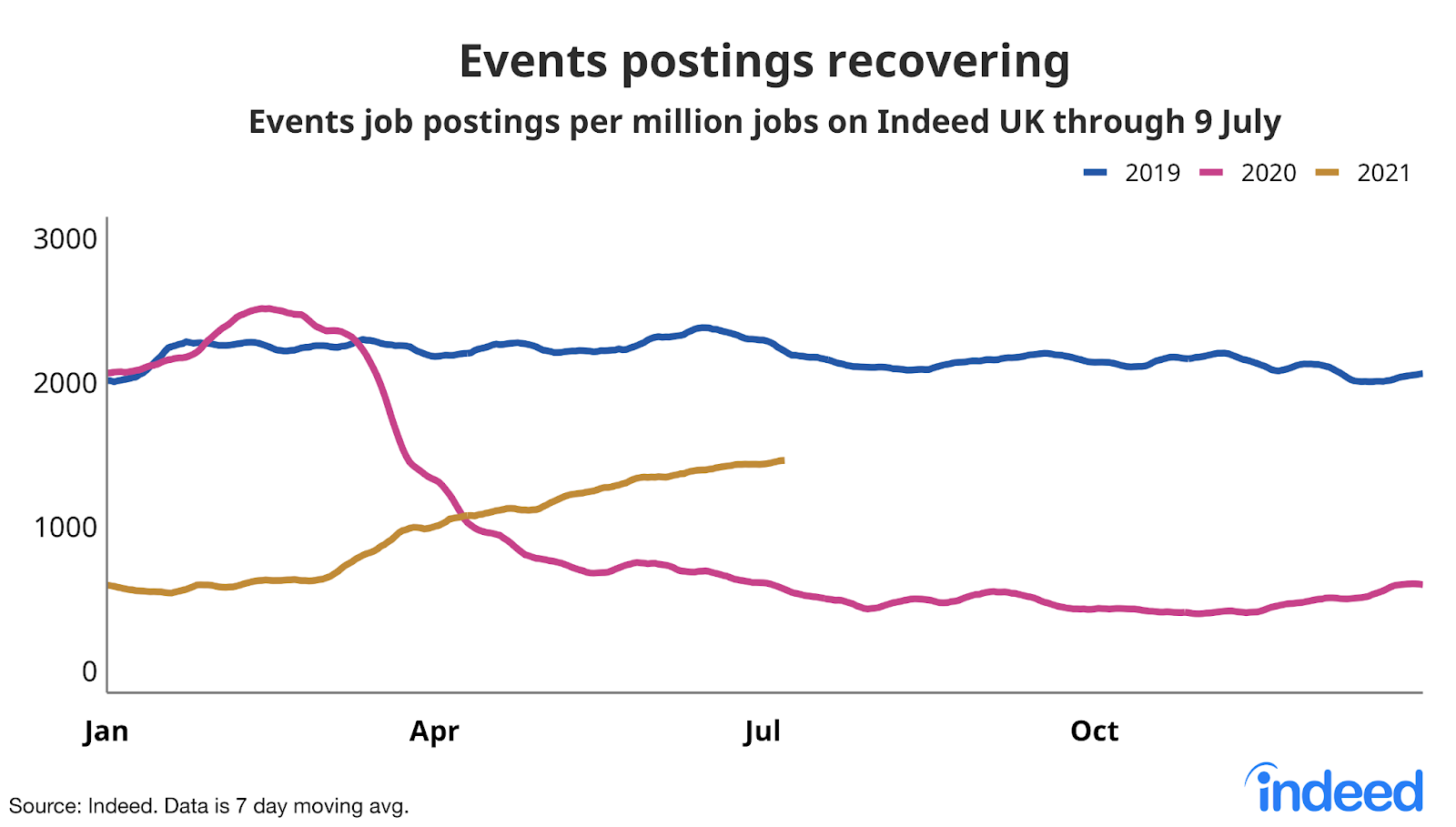 Jobseekers have reacted to the news that restrictions on the last remaining sections of the economy to still be effectively closed will be rolled back in a series of ‘Freedom Days’, on 19th July in England, 7th August in Wales and 9th August in Scotland, with a surge of interest in the jobs on offer.

Searches for ‘steward’ jobs have risen 219% since last July, when postings were almost at their lowest point since the pandemic started. The biggest increase came in May this year, as crowds returned to sporting ‘test events’, and interest has continued to climb since.

Searches for nightclub jobs started growing in March, a few weeks after Boris Johnson first unveiled England’s roadmap to reopening, but dropped off when June’s ‘Freedom Day’ was pushed back to July. Searches for those roles have since begun to climb again, as clubs start reopening in England.

Small businesses have just one week left to apply for...

Businesses fear increased risk of data breach as a result...

Pig farmers face crisis point as they may to kill...

Pets at Home to close stores on Boxing Day as...

Prepare for basics shortages as 23% of shops...

Supermarket has ‘been building up stocks of key...

A new survey by NerdWallet, one of the UK’s leading financial comparison sites, has revealed that over half (57%) of Britain’s entrepreneurs are “very willing” to put their …

Recruitment costs jump for 75% of hiring...

Tesco has warned that due to HGV driver shortages shoppers may see empty shelves in the run up to Christmas. The supermarket chain warned panic buying could return …

Pret a Manger wants to bring staff number back to pre-pandemic levels...

Thousands of families will have to choose between food and heating this...