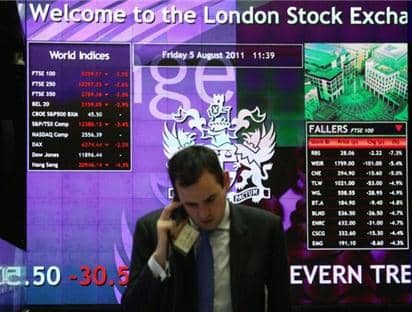 The cancellation of many sports events owing to the pandemic, a failed bid offer and the sudden departure of two chief executives mean that betting and gaming group Entain has been hampered more than once in the past year and the FTSE 100 firm has now turned to Jette Nygaard-Andersen to get it a clear run at achieving its strategic goals,” says Russ Mould, AJ Bell Investment Director.

“A non-executive director at Entain since December 2019 with responsibility for investigating new markets and digital strategy, she has experience of media, entertainment and online businesses, and from working at global corporations, thanks to her previous posts at Scandinavia’s Modern Times Group, shipping giant AP Møller Maersk and Accenture, as well as her current non-executive role at the highly successful Danish medical equipment firm Coloplast.

“Her lack of experience in executive roles may see some questions raised, especially in an industry that remains a bastion of male dominance, as even the debate within horse racing over the role and skills of jump jockey Bryony Frost currently suggests.

“Nygaard-Andersen will take the helm of a company whose assets include Ladbrokes and Corals, British bookmakers that have never before had a female CEO, although shareholders will doubtless look to the phenomenal success of Bet365 under Denise Coates as proof that skills and drive matter while gender doesn’t.

“Boardrooms need, and benefit from, diversity of experience and background especially as this helps management teams to avoid the dangers of group-think and confirmation bias. This will be particularly important in the global gambling business, where the rapid pace of change in both technology and regulation mean that fresh opportunities and dangers are presenting themselves all of the time.

“Entain is now the eighth current member of the FTSE 100 to have a female boss (and the two investment trusts, Scottish Mortgage and Pershing Square both have female chairs who head their boards).”