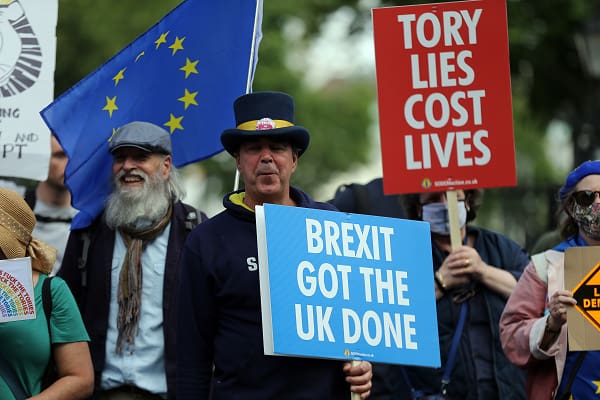 Corporate distress across key European markets has intensified over the last quarter, according to the latest Weil European Distress Index.

The quarterly study, which launched in December last year and aggregates data from more than 3,750 listed European corporates and financial market indicators, shows that despite recent resilience from major European financial markets, support from market fundamentals has deteriorated considerably over the last 12 months.

Corporate distress has accelerated faster in the UK than in the rest of Europe and is now at a two-year high. The main drivers continue to stem from weaker investment metrics, tighter liquidity and ongoing pressure on profitability. The Bank of England has warned that the UK economy is contracting and will continue to shrink for eight consecutive quarters to 2024.

Whilst difficult to unpick, the UK’s relative weakness can be partly attributed to both Brexit and the pandemic. Since the UK left the EU in January 2020, corporate distress has closely tracked the rest of Europe. In fact, Germany has experienced higher levels of distress overall. However, this has changed in recent months as economies adapt to the twin shocks of the pandemic and War in Ukraine, and Brexit has had demonstrable effects on UK supply chains, largely created by non-tariff barriers to trade.

There is also growing evidence to suggest that the UK economy has suffered disproportionately from the effects of the pandemic. The level of UK GDP compared with pre-Covid is down c.-0.7%, significantly less than the euro zone which is +2.1% higher and the US which is +4.2%.

The last quarter has been a hugely disruptive period for UK businesses. The fiscal response in November has restored some confidence and stability, but above average inflation, decreasing productivity, declining trade and acute labour shortages have only added to the many global challenges which the UK economy is facing.

The operating environment has been dominated by the pandemic and War in Ukraine in recent years. As businesses throughout Europe adapt and emerge from these challenges, we should get a better sense of the impact Brexit has had on corporate distress levels than would otherwise be the case. This is something that we’ll be monitoring closely in 2023.