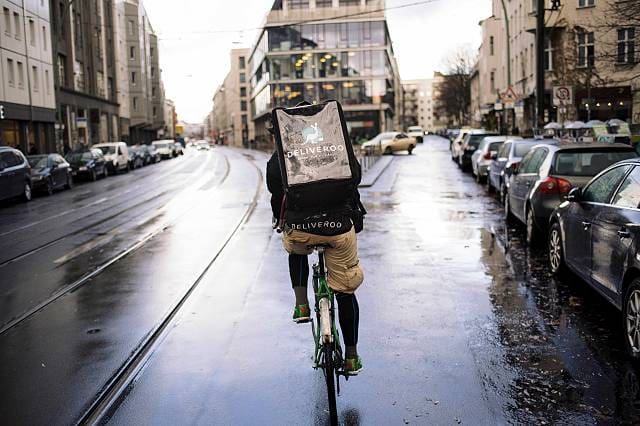 This week a union started a legal battle to secure rights such as the minimum wage and holiday pay for people working for food courier firm Deliveroo, the latest attempt to regulate the so-called gig economy. Since the start of the week Deliveroo has bowed to pressure to change contracts for UK couriers.

Deliveroo are the latest ‘gig economy’ employer being taken to tribunal to determine the correct classification of their riders. From 2014-2016 Peninsula has experienced a 63 per cent increase in advice requests regarding employment status from small business owners.

The Independent Workers’ Union of Great Britain (IWGB) brought the action as they believe Deliveroo riders are workers, and not self-employed independent contractors. They will then seek union recognition to enable collective bargaining on behalf of the workers. If the recognition application is successful, IWGB will be able to negotiation pay terms and other conditions with Deliveroo.

This is another significant case for the gig economy; Deliveroo’s working practices and their contractual terms will be scrutinised over the next three days to assess how they treat their riders in practice. Deliveroo have previously amended their riders’ contracts to ensure they reflect a self-employed status. They have removed the unenforceable penalty clause which informed their riders they could not take the company to an employment tribunal to seek clarification regarding their employment rights. A separate “supplier contract” was then rolled out to their staff which included common self-employed terms, such as a term clarifying that they can carry out work for other companies at the same time as their engagement with Deliveroo. Ultimately, however, a tribunal will look beyond the contract to review the practical arrangements between Deliveroo and their riders.

Another decision in favour of workers is likely to result in Deliveroo facing further claims for back pay and holiday pay whilst, going forwards, they would need to review their pay practices and provide other worker rights such as a workplace pension.

Union recognition will create a turning point in ‘gig economy’ employment as working conditions such as payment terms, rest breaks and working time can be negotiated for the workforce at large. It will also enable gig economy workers to consider strike action as a tool for negotiation – arguably putting them in a stronger position than many view they currently are.