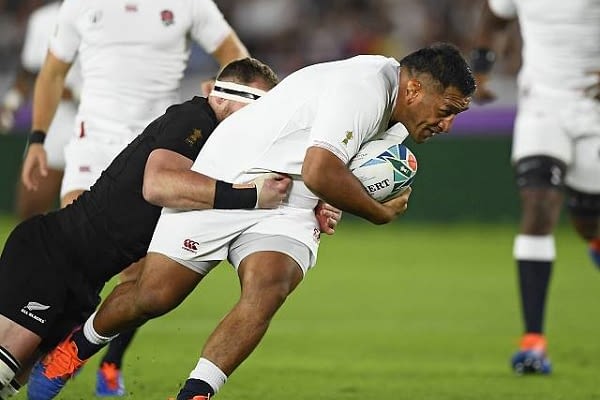 Mako Vunipola England’s prop has been forced to self-Isolate after he flew via Hong Kong on his way back to the UK from Tonga.

Vunipola has no signs or symptoms of the coronavirus but as a precautionary measure medical staff have told him to self-Isolate, meaning he will miss the Six Nations Wales v England match on Saturday.

Due to the isolation period being 14 days, the Lions star will not feature against neither Wales nor Italy.

An England spokesperson said, “Mako is not in camp on medical grounds. He is not sick, but it is a precaution.”

Last week it was announced the Six Nations Ireland v Italy men’s and women’s games will no longer take place in Dublin on 7 and 8 March due to the coronavirus outbreak.

At the time, Simon Harris, the Irish health minister said the game should not go ahead.

The Irish Rugby Football Union 9IRFU) said in a statement, “At the outset we made it clear that the IRFU was supportive of the Governments’ need to protect public health in relation to the coronavirus.

“We were then advised, formally, that the National Public Health Emergency team has determined that the series of matches should not proceed, in the interests of Public Health. The IRFU is happy to comply with this instruction.

“We will immediately begin to work with our Six Nations partners to look at the possibility of rescheduling the matches and would hope to have an update on this in the coming days.”

The virus has already havoc on the tournament, with Ireland’s game against Italy already being cancelled because of coronavirus fears.

More than a quarter of hospitality and retail...